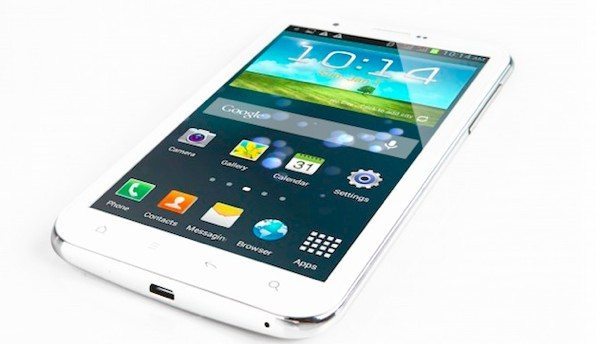 If you are one of our many readers in India who prefer a smartphone with a larger display, you may be interested in a new phablet from Swipe Telecom and MTV that has just been launched. The MTV Volt 1000 has a low price of only Rs.11,999 and so this budget phablet could have a big appeal to many potential customers.

This is a dual-SIM phablet and it runs the Android 4.1 Jelly Bean operating system. The MTV Volt 1000 also has an FM radio with FM Transmitter and features an in-built TV player giving convenient access to MTV. The phablet is coming to multiple outlets across India, leading online stores and the Swipe e-store. You may also be interested to read of a special price deal right now for the Samsung Galaxy Note 2 phablet.

We’d like to know if you will consider this Swipe and MTV collaboration that is a successor to the earlier MTV Volt? What do you think of the price that has been announced for the MTV Volt 1000? We always like to hear from our readers, so please do send us your comments about this phablet-style smartphone.