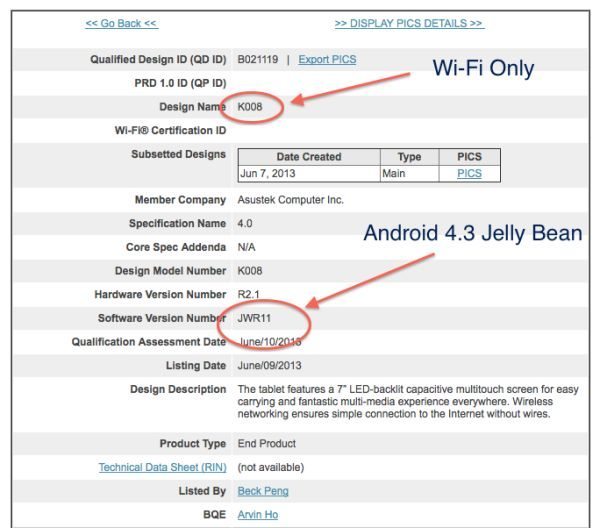 The images shown below courtesy of TechTastic shows a few details about the device, which suggests it is the Nexus 7 upgrade. It lists both the Asus K008 and K009, which are the Wi-Fi only and GSM-ready variants with either a 1080p or 1,920×1,200 resolution display, and that says it will be a noteworthy upgrade over the existing Nexus 7. 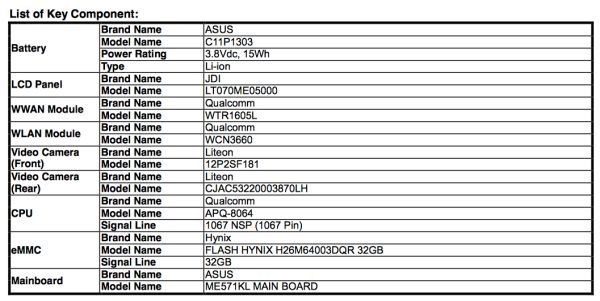 Other specs are to include Wi-Fi, LTE, NFC, dual-band 802.11n and potential support for the Qi wireless charging standard.

If these specs mentioned above for the Asus Nexus 7 upgrade are correct it surely means a new tablet to take on the iPad Mini, could this be the Nexus 7 2 we have been talking about for a while?

It has been suggested the new Nexus 7 could come with a thinner screen bezel at around 8mm thin, but for now Google and Asus have not made anything official yet. Time will tell and we will notify our readers as soon as we know more, please do comment.

Could this be the new Nexus 7 2 that will potentially take on the iPad mini 2?