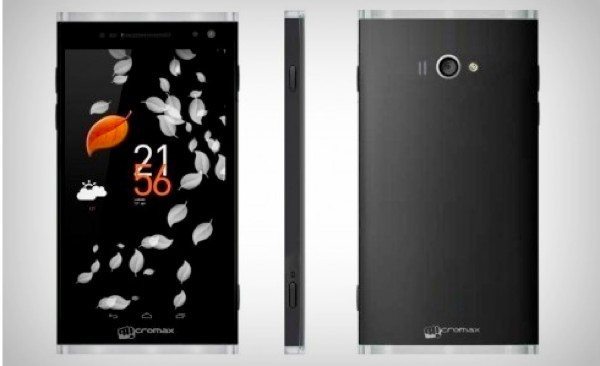 From time to time we like to show readers new design concepts for smartphones and tablets, as they can show potential for a device coming in the future. The Micromax Canvas Crystal concept that you can see an image of below, comes from the mind of designer Suman Chatterjee, and handily this design also comes with some imagined specs.

Although the specs of the Micromax Canvas 4 have not yet been made official, leaks suggest they will be top-notch. Therefore we’d anticipate very decent specs for the Canvas 5. This Micromax Canvas Crystal imagining certainly reflects that, as it’s powered by a 1.7GHz octa core processor, with PowerVR Series 5XT GPU, and a 5.2-inch Full HD display.

The Canvas Crystal also has a 13-megapixel rear camera with dual LED flash, autofocus, image stabilization, and face and smile detection, as well as a 3.2-megapixel front-facing camera. Other specs for the Canvas Crystal include 2GB of RAM, 16 or 32GB of internal storage (expandable via microSD), a 3000 mAh battery, 3G connectivity, WiFi, Bluetooth 4.0, NFC, USB 2.0 and dual SIM slots.

It runs the Android 4.1.2 Jelly Bean operating system, although we can’t imagine why it wasn’t upgraded to at least the latest Android version, especially as this is a concept! If you’re wowed by most of this then it gets even better as the phone is dust-proof and water-proof. The ‘Crystal’ part of the name comes into play as the phone features crystal protection for the display and rather than metal, the phone has “super strong crystal linings,” that are only 3mm thick.