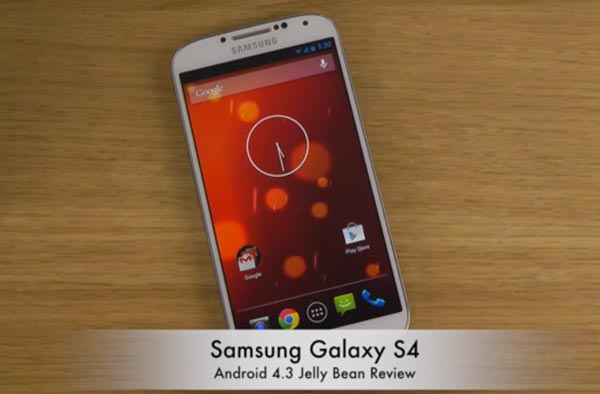 We know a number of our readers are interested in not only the Android 4.3 Jelly Bean update, but also the main features and how they perform on the Samsung Galaxy S4. This smartphone is currently Samsung’s flagship model and will likely stay that way until the Galaxy S5 arrives next year.

Earlier today, we published an article with a couple of videos comparing Samsung’s Galaxy S4 vs. iPhone 5. The difference with these videos compared to others we published was the OS running on both smartphones. That article looked at an iPhone 5 with iOS 7 beta verses a Galaxy S4 running the Android 4.3 Jelly Bean update. 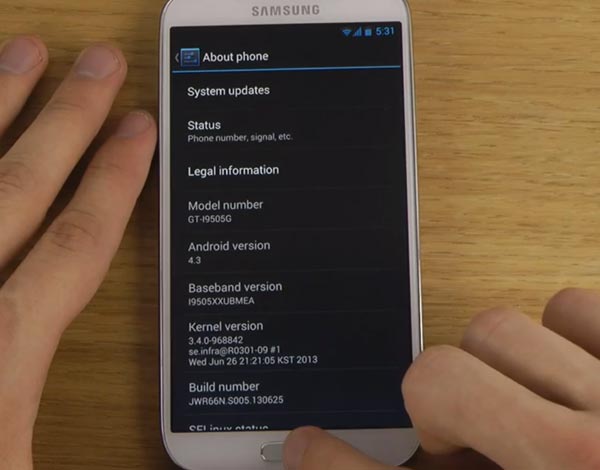 It is worth noting this version of Android 4.3 is running on a Galaxy S4 model GT-i9505, so if that’s your smartphone then you might find this hands-on all the more interesting.

We have included a second video below as well that takes a look at Android 4.3 vs Android 4.2.2 in a quick speed test. This video is from another YouTube user and we included it after seeing some people asking for a little more insight into the two updates. It isn’t as detailed as the first review, but we hope to bring our readers more information about the differences between Android 4.2.2 and 4.3 in the coming days.

One thought on “Android 4.3 Jelly Bean features in 17-minute review”