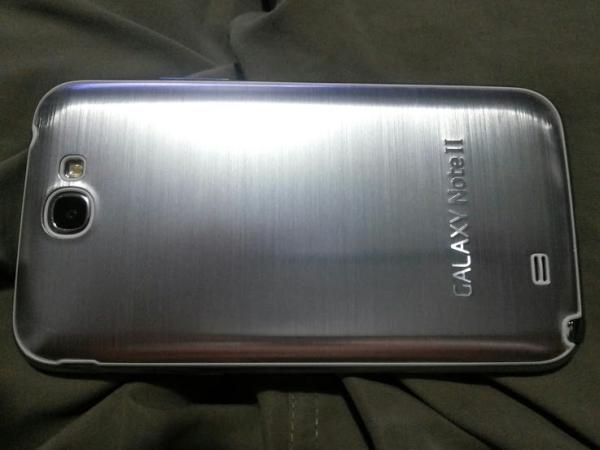 The smartphone world is building up to the release of the Samsung Galaxy Note 3 that will come only a few months after the company revealed the Galaxy S4, which at the time come under some criticism for its build quality and the choice of materials Samsung has used. Now if you are the proud owner of the Samsung Galaxy Note 2 you can add a nice piece of aluminium to your treasured device.

Samsung has long come under fire for the polycarbonate materials that it uses for its smartphones which increased after the release of the aluminium built HTC One earlier this year, and has even led to some speculation that future devices will be manufactured from this type of material or carbon fibre on the upcoming Galaxy S5 next year.

Owners of the Galaxy Note 2 though can purchase the stylish replacement battery cover that can be seen on this page that is made from aluminium. A Google+ user has posted a number of images with the cover fitted to his Note 2 that can be purchased for only $4.70 here, and even has free shipping to the United Kingdom and worldwide.

According to the user the replacement cover doesn’t affect the 3G or Wi-Fi signal of the handset, but NFC is affected by fitting the new battery cover. While the product may not make the Galaxy Note 2 feel as premium as the HTC One you have to agree it certainly makes it more stylish.

Do you like the look of this rear cover for the Samsung Galaxy Note 2?

One thought on “Samsung Galaxy Note 2 plus Aluminum”