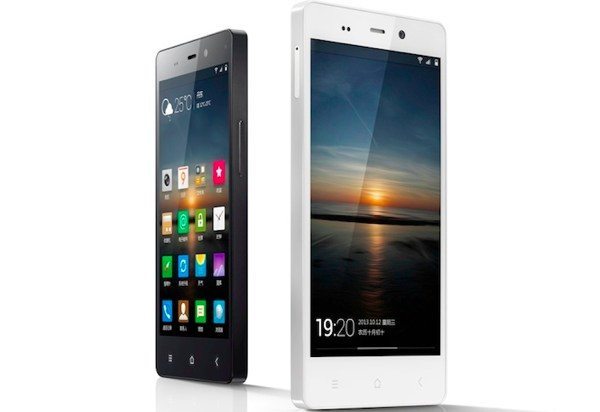 We have some interesting news for our readers in India today concerning a challenger to the Micromax Canvas 4, the Gionee Elife E6. There was a huge amount of anticipation for the Canvas 4, but when it was finally officially revealed some potential customers were disappointed about the lack of a full HD display. However the Gionee Elife E6 is heading for a release in India and along with other impressive specs, it also has a full HD display.

The story of the Micromax Canvas 4 is rather mixed as there was a lot of pre-release hype, but when it was introduced it was clear that for some people the phone hadn’t lived up to expectations. However, in our article yesterday where we looked at some first video reviews of the Canvas 4 the verdicts were pretty favorable, and it still looks likely that the phone will appeal to plenty of buyers. If a full HD display is important to you though, then you may want to consider the Gionee Elife E6.

The Elife E6 has a 1.5GHz Mediatek quad-core processor, with a 5-inch OGS AMOLED display with full HD 1920 x 1080 resolution and impressive 441 ppi. It also features 2GB of RAM, 32GB of internal storage, a 13-megapixel rear camera with auto focus, LED flash and second-generation BSI sensor, as well as a 5-megapixel front-facing camera. 1080p video recording is supported by both of the cameras on the device.

The Gionee Elife E6 (image below) also has a 2020 mAh battery, and it runs on Android 4.2 Jelly Bean skinned with the Amigo UI. It also features a very sleek unibody design, and it weighs only 128g and is very slim at only 6.18mm. The phone has many good features including Heartbeat Synchronizing Technology and also motion sensing features, with one example being answering calls by moving a hand across the screen.

This phone is due to launch in China in mid-July with a price of CNY 2699 (approximately Rs. 26,250), and it will release in India after August. The Gionee Elife E6 comes in two color options, black or white, with matching cases. Not only does the Elife E6 have a full HD display then, but it also improves on the processor, RAM, and internal storage that the Micromax Canvas 4 offers. Therefore, it may be the case that the Gionee Elife E6 may win over some of the potential customers that felt let down by the Canvas 4.

We always appreciate comments from our readers, and we’d like to hear your thoughts on this. Have you now decided against the Micromax Canvas 4? If so, could the Gionee Elife E6 be a contender instead? Let us know with your comments.