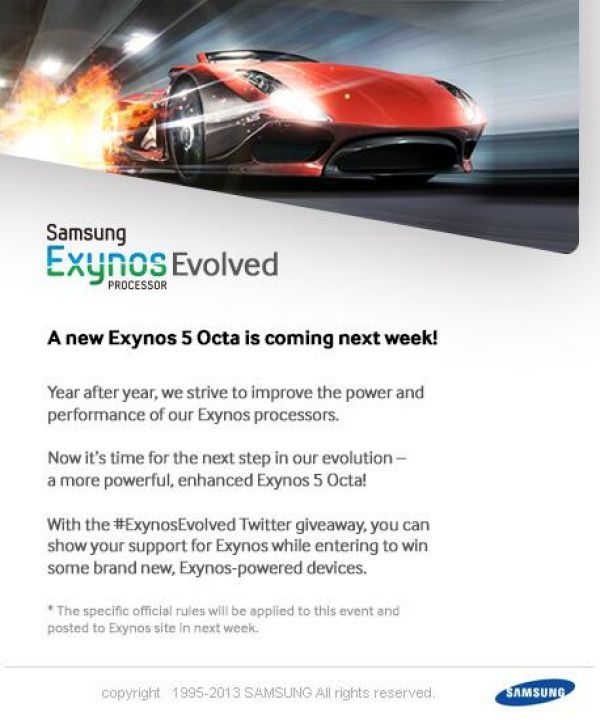 The Samsung Galaxy S4 already has the Exynos 5 Octa 5410 chipset, but a new one will make its debut next week. Yes, Samsung has just officially announced that there will be a new Exynos 5 Octa processer to improve performance and power.

The new chipset could be called the Samsung Exynos 5 Octa Evolved, we love the teaser photo and there could be more news to come.

It could be the case of the right time the right place for Samsung to release its new processor, and just in time for the Samsung Galaxy Note 3. The SGN3 is expected to launch this September and it might possibly house the new chipset.

There maybe a possibilty that the Samsung Galaxy Note 3 could come with two processer options, one with the new Exynos 5 Octa 2, and another with Snapdragon 800.

It is time for a new Samsung evolution; we will of course bring you more news on this as soon as we here more. We are looking forward to next week now because the new processor benchmarks will be revealed.

Would you like the Samsung Galaxy Note 3 with the new Exynos 5 Octa Evolved processor?