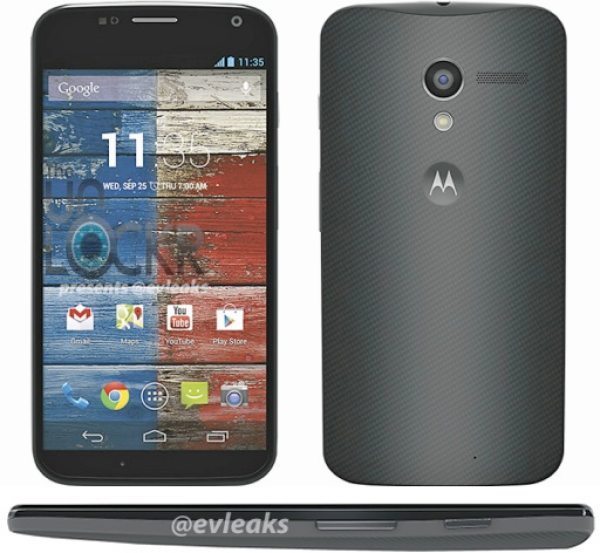 Unlike the iPhone 5S, we know of Motorola’s Moto X Phone existence, thanks to an official announcement, and they have not been shy in teases us about it either. Just yesterday we reported about a special event for the unveiling, or so we presume, and in perfect timing we now have a press reminder to study.

The Moto X Phone eye candy — The upcoming handset from Motorola, which some had nicknamed the Google X Phone long before has a very clean look, and you’ll notice from the image below,that it looks very sleek. Personally we feel as though the Moto X Phone design trumps that of the Galaxy S4, but would you agree with that assumption? 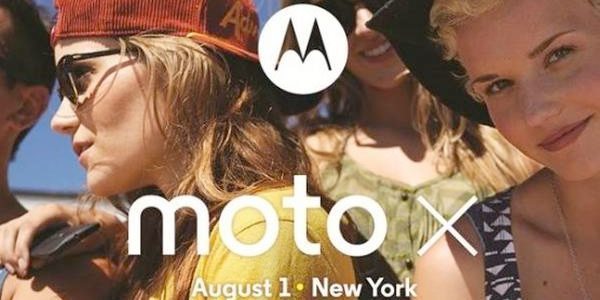 We should try not to get too ahead of ourselves here, because this is still not the final release version of the Moto X Phone, it’s just a press render, and we know how we have been deceived by such things in the past.

However, if this is the real deal, then we do like how the handset looks chunky full on, but then once viewed from the side, thanks to @evleaks, it loses the chunkiness and looks like a very slender device and has a MacBook Air sort of look, as it gets progressively thinner as you work your way down to the bottom of the smartphone. 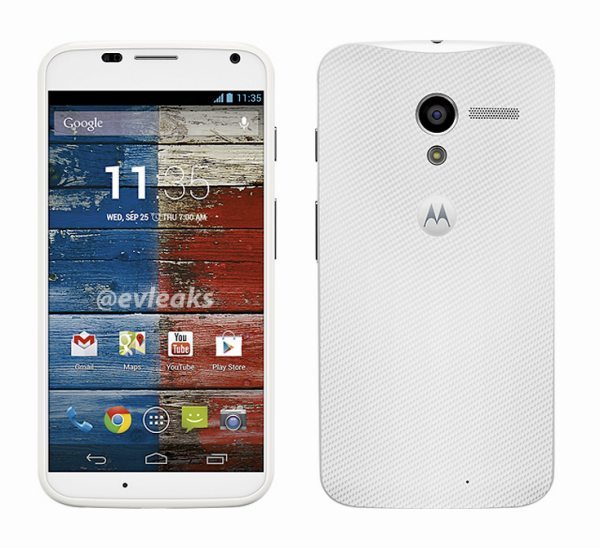 Moto X Phone price speculation — Even though the Moto X Phone specs and its design is of great importance, its price is a major factor as well. The rumors in regard to pricing is a funny one, as they range from $200 off-contract, which we think is way off, to $400-$500 off-contract, which is more like it. However, that $200 price figure is more than likely going to be the two-year contract price. Again, Motorola needs to get their pricing strategy right, as Samsung has ben very aggressive with the Galaxy S4 price of late, and there’s also the iPhone 5S release to consider, which we discussed in greater detail.

Update: There’s yet another Moto X Phone press shot, and this time it’s in white, again, thanks to @evleaks.

If this is the final Moto X Phone design, do you believe that it is a better looking device than the Galaxy S4?