Nokia Lumia 1020 touches down on AT&T 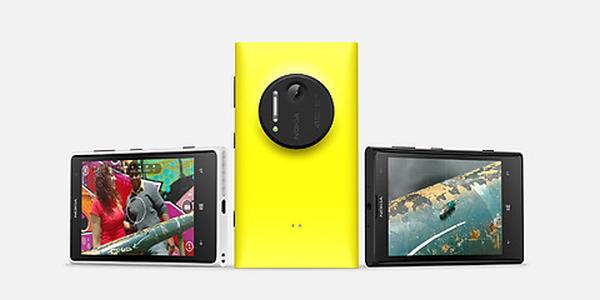 Nokia’s decision to adopt the Windows Phone platform continues to be a hot topic but the company has continued to expand its range of devices running the software, and now the Nokia Lumia 1020 touches down on US carrier AT&T with orders being taken now for the device.

The Nokia Lumia 1020 has gained a lot of headlines leading up to and following its official announcement and the biggest selling point for the smartphone is its massive 41-megapixel rear facing camera.

Now ahead of its release US carrier AT&T has opened pre-orders for the device and the Nokia Lumia 1020 can be yours for $299.99 with a new two year contract being agreed to. It is available on the company’s website in yellow, black, and white colour options, and early reviews of the device have been pretty positive so far.

The camera also has optical image stabilization, Xenon flash, and Carl ZEISS optics with Nokia’s own camera software also on board. To quickly recap the device features a 4.5-inch 1280 x 768 touchscreen display that is powered by a Qualcomm dual core Snapdragon S4 processor clocked at 1.5GHz.

There is also 2GB of RAM, 2-megapixel front facing camera, Wi-Fi, 3G, 4G, 2000 mAH battery, and 32GB of built in storage that isn’t expandable. The device is also available unlocked but this will set you back a massive $659.99.