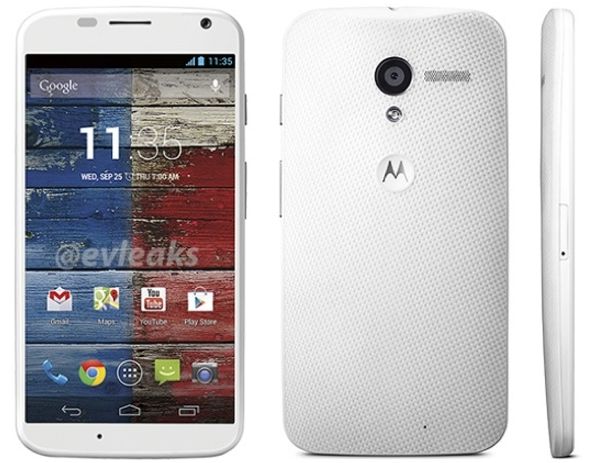 The new Moto X by Motorola is expected to be announced in just three days on August 1st, and up until now we have just seen leaked images of this upcoming smartphone by the likes of @evleaks.

Well, today we can show you the final press photos of the Moto X in both black and white, it was not too long ago we talked about the Moto X trumping the Samsung Galaxy S4 in design. The comments we got were rather interesting saying the HTC One looks much better; some said the Galaxy S4 is more stylish. 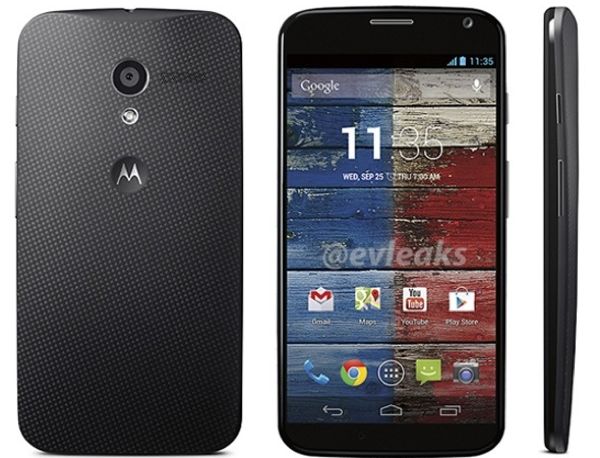 Looking at the two Motorola Moto X photos here we believe these to be the normal colors, but maybe Motorola will allow color customization once released. Only three more days to wait and we can reveal more, this is all we have at the moment so we will give you some unofficial specs to keep you going.

The Moto X will come running Android 4.2.2 but seeing as 4.3 is now with us there is a possibility it could come with Android 4.3 but we doubt it. A Dual-core 1.7 GHz Krait Qualcomm MSM8960 Pro Snapdragon CPU and Adreno 320 GPU are also expected.

Are you interested in the new Moto X by Motorola, or is it just a little too boring?