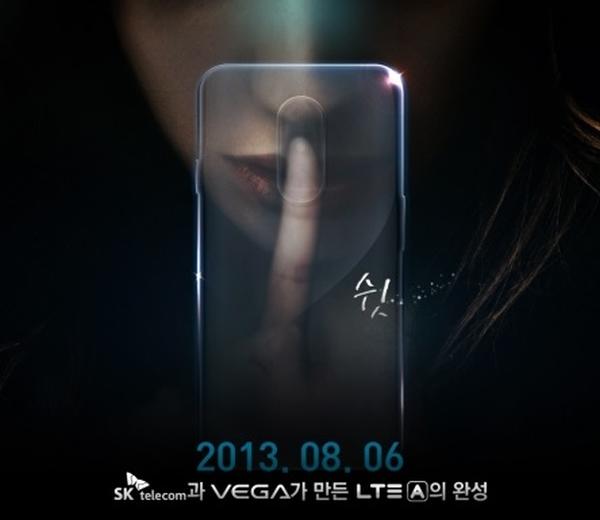 It can quite often be the case that new smartphones are unveiled and then released around the same time as each other as handset manufacturers battle it out to win over consumers to their products, and the LG G2 and Pantech Vega LTE-A unveilings will be close together.

This week LG will be unveiling their latest flagship smartphone offering to the world at an event in New York on August 7th. The company has teased some videos for the device as well as revealing they will be live streaming the event that looks to come in a number of colourful finishes.

There has also been tips it will be the new hero device for the company, but this week is also going to see another high end device being released in the form of the Pantech Vega LTE-A. The handset is due to make its debut a day earlier and will also feature some high end specs.

The device that has the model number of IM-A880S and feature a 5.7-inch Full HD touch screen display that is powered by the Qualcomm quad core Snapdragon 800 processor clocked at 2.3GHz, which will be paired with 2GB of RAM.

This will be running the Android 4.2.2 Jelly Bean operating system and will obviously have the LTE Advanced technology, but it is not known if the device will make an appearance outside of South Korea.