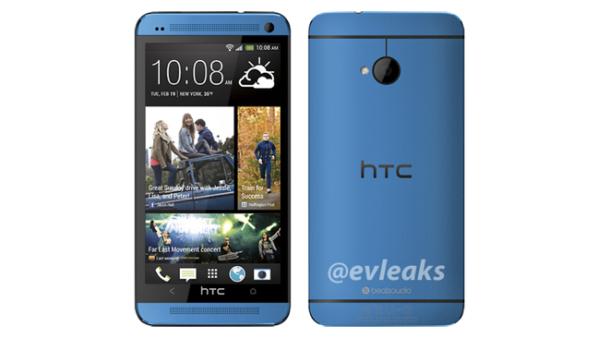 The HTC One got off to a slow start release wise due to early manufacturing delays but the company soon caught up and got the device out to most networks and regions, unless of course you are the customer of Verizon Wireless. For one reason or another Big Red has been painfully slow getting the handset into the hands of its customers, but the Verizon HTC One exclusive colour won’t please customers of the network with a release date slip.

A few days ago we heard about the possibility that the Verizon HTC One would be coming with an exclusive blue colour, and now reliable smartphone tipsters @evleaks have provided the image that you can see on this page.

The press render is the clearest indication yet that the HTC One will be coming in a stylish blue colour, which will be following the more recent Glamour Red paint job. It seems though that the handsets availability on the Verizon Wireless network has slipped again, and having an exclusive colour won’t make up with the anger and disappointment over the lateness of the smartphone.

Recently we heard that the possible release date for the HTC One was going to be August 15th, but now according to sources that have spoken with Phone Arena this date has now been pushed back until August 29th.

The reason being given for this delay is the fact the carrier doesn’t want the handset coming out until after the new range of Motorola Droids have been released onto the network. This is likely to anger customers even more that have had to wait for the handsets availability, but it has to be remembered that Verizon have only ever stated it would arrive in the summer.

Are you feeling let down by Verizon over this issue?