Sony Nexus 5 gets the design treatment and price 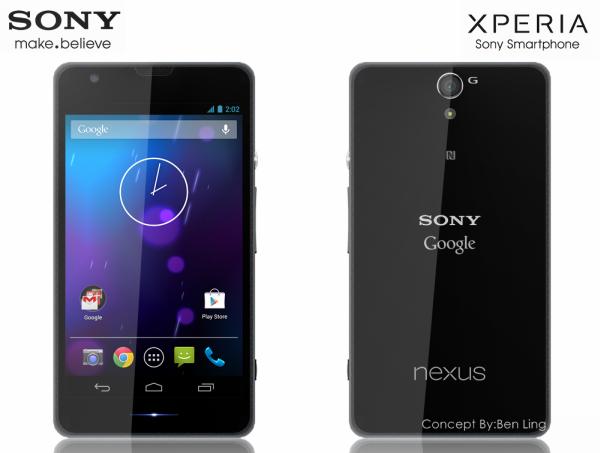 We have already seen one new Nexus device for this year and obviously there are new models expected to be released in the coming months for the rest of the line up. Today we have the Sony Nexus 5 as it gets the design treatment along with a price.

There has been a lot of speculation on which company will be making the Nexus 5 recently with Motorola also mentioned, and it has also been wondered if Sony would be a better company to choose for the new Nexus 5.

We often bring you Concept Phone ideas and today we have one that features a Nexus 5 device by Sony that has been created by Ben Ling. It has been titled the Sony Google Nexus 5 and features a 4.6-inch Full HD Triluminos display that is protected by Gorilla Glass 3.

Under the hood is the quad core Qualcomm Snapdragon 800 processor clocked at 2.3GHz and paired with 2GB of RAM. The device features a 20.7-megapixel rear facing camera that is also rumoured to be coming on the Sony Xperia Honami, which is also paired with an LED flash and an Exmor RS sensor.

The camera would be using a Sony G lens with a Â½.3-inch sensor along with a 16x digital zoom, and there is also a removable 3,050 mAh battery and an LED illumination bar with 4G LTE support. This is squeezed into a handset that measures only 8.5mm thick weighing 122 grams, and would be priced at $349 for the 16GB version while the 32GB model would be set at $399.

Do you like the look of this design and who would you like to make the Nexus 5?