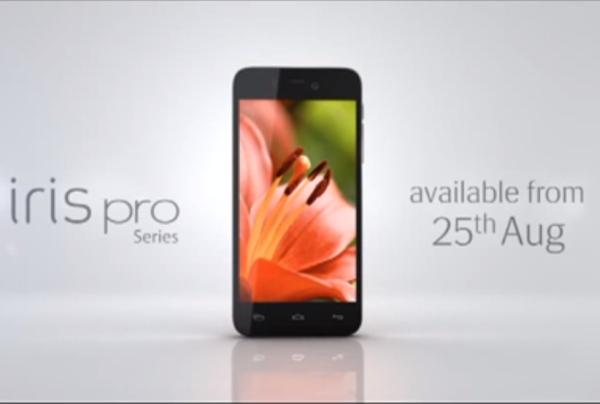 Consumers over in India are constantly seeing new smartphones being released on what seems like a weekly basis, and now they can look forward to more hardware becoming available shortly in the form of the Lava Iris Pro that is set to battle the Micromax Canvas 4.

Smartphone manufacturer Lava has begun teasing the Iris Pro handset and has recently put up the video that you can see below this article on YouTube. The video seems to indicate the device will be smarter than rival offerings with a nice stylish design, and could be part of a new series of devices.

It seems to hint that the handset will bring art to consumers and highlights the art in the word ‘SmArt’, and the company has provided some details about the specifications that do include a HD display along with a quad core processor clocked at 1.2GHz.

We get to see a sleek looking handset that has a large rear camera sensor with a dual LED flash accompanying it. This comes after the company launched the Lava Iris 504Q that also has a HD display along with smart gesture controls back in June.

This also has a quad core processor but the Lava Iris Pro series is due to arrive later this month on the 25th according to the video teaser.

Do you think this handset will be able to challenge the Micromax Canvas 4?