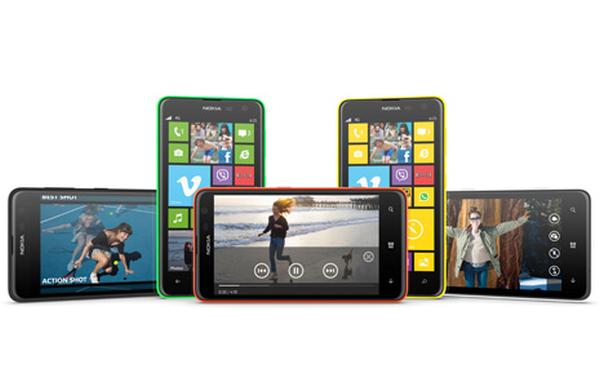 There have always been more affordable handsets available on the Android platform and this is now certainly becoming the case with the ever expanding Windows Phone 8 Lumia range, and the Nokia Lumia 625 price has been set for the release of the device in the UK.

The Nokia Lumia 625 was first heard about back in May and now the Finnish smartphone manufacturer has announced that it will be available to UK consumers from August 28th. The handset will be available free costing around Â£21 per month on a two year contract, or Â£179 via a Pay As You Go option.

For a limited time customers deciding to pick up the Nokia Lumia 625 in either black or white will be treated to a free coloured shell in green, orange, or yellow. The budget device does have the largest display on a Nokia smartphone at 4.7-inches with a resolution of 800 x 480.

This is powered by a Qualcomm dual core 1.2GHz processor coupled with 512MB of RAM, and on board storage is 8GB which is expandable up to 64GB via microSD card. There is a 5-megapixel main camera with LED flash with 1080p video capture at 30fps, while around the front is a VGA shooter.

The handset will be available from the likes of Carphone Warehouse and Phones 4u, and via carriers such as EE, O2, and Vodafone. The device is also 4G compatible with 10x faster video streaming and other data downloads and will arrive in time for the launch of the new 4G O2 and Vodafone networks.

Will you be picking up the Nokia Lumia 625 later this month?