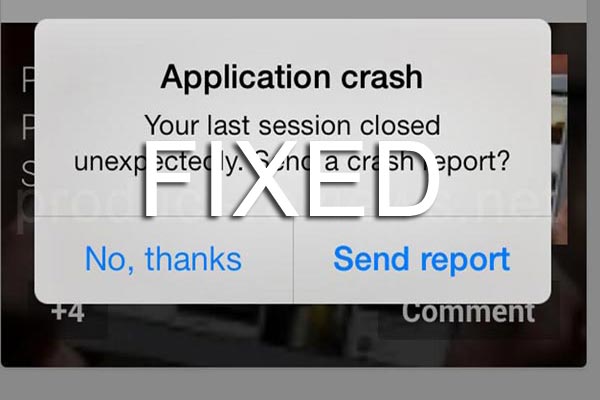 The latest iOS 7 beta 6 release date and time finally showed that Apple has avoided any sort of pattern in the later downloads, although you could easily predict a release day for the developer software in the early betas. Our in-house developer has been testing every launch on an iPhone 5 and iPhone 4S, which now includes iOS 7 beta 6 and they note some app crashing has stopped along with a few problems remaining.

Google Plus app stops crashing in iOS 7 beta 6 — at first it was thought that 3rd party developers would need to fix all app related bugs and problems, but we started to see this was not the case in beta 5. The Google Plus app used to crash on the second opening, although in the previous update both the iPhone 5 and 4S were performing a lot better.

We can confirm that iOS 7 beta 6 has fixed the Google Plus app completely. We saw the app opened and closed, switched between other apps running in the background over 15 minutes on both the iPhone 5 and iPhone 4S. Not a single crash was experienced and reveals there are app issues that can be fixed by Apple’s developers, although some bugs still remain and need a fix in the Gold Master.

Problems still needing a fix — now that we are so close to a public release of iOS 7 you would expect most issues to be gone by now. In fact, we note that the new mobile software runs very smoothly overall but some crashing and bugs remain. The native messaging app will still crash on some occasions when trying to read a message, and the only way to stop the crashing is to delete that message although this has been the case for a number of beta updates.

When it comes to apps crashing it should be pointed out that most of these problems will need a fix by a 3rd party developer, although as we explained above some might have already been fixed by Apple since the first beta and others will be by the Gold Master update. The list of apps crashing in iOS 7 beta 6 is long and we’ve had reports of Spotify, Citibank, Google Translate, Easyjet and a number of other apps.

What apps still crash for you in iOS 7 beta 6 on the iPhone 5, 4S and 4? Also, do you see any native apps crashing like the rare occasion it happens with messages?

We will of course update our readers when iOS 7 Gold Master hits a release date and goes live for download. This will first happen to Apple insiders, then developers and finally a release will take place before the new iPhone 5S or 6 are launched.