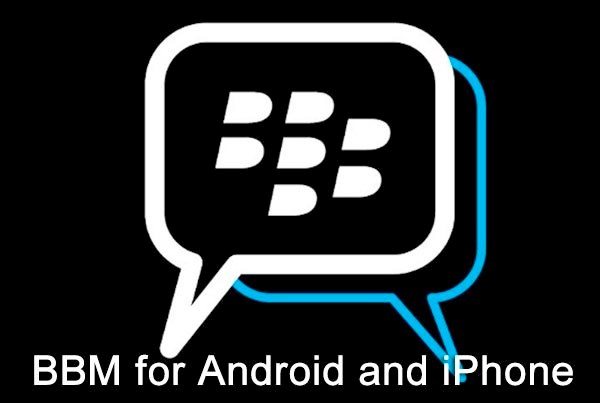 One of the questions Phones Review is being asked most often recently concerns a release date for the BBM apps for iPhone and Android devices. BlackBerry previously stated they would arrive this summer, so they could appear any time, but many are eagerly waiting for more news. Now it seems BlackBerry has slipped up as user guides have leaked for the BBM app for Android and iOS, so maybe we are one step closer to the launch.

We often receive comments to articles from our readers, and so we know that the BBM app for these platforms is very highly anticipated. It’s just a shame that BlackBerry hasn’t released it sooner, bearing in mind the company’s current struggles. There is a glimmer of hope though that BBM for these platforms could arrive very soon, as the user guides being leaked is a promising sign.

The user guides for both the Android and iOS BlackBerry apps were posted onto BlackBerry’s website and explained the mobile messaging apps features, functions and how to get started. These guides have now been pulled from the website, but fortunately Alt links have been provided at the bottom of the source link below in case you want to check the guides out for yourself.

Many readers will already be familiar with BBM on BlackBerry and the apps provide the same sort of service, enabling real-time communication. The guides give information about how users can share messages and pictures and use group chat. BBM Groups is a feature where groups of up to 30 people at once can communicate, plan events and chat for example.

The apps will function on cellular as well as Wi-Fi, and users can set up BBM profiles and will also receive a BBM PIN. Emoticons and emoji will be supported, although no screenshot images of the various features were in the guides. If you’re one of the many people who are planning to use the BBM Android and iOS apps, then you can get one step ahead by checking out the guides at the source link.

We’ll be keeping our noses to the ground in attempts to sniff out more information about the availability of BBM for Android and iOS on Google Play and the App Store, and you can be sure we’ll let readers know as soon as we hear more news on a precise release date. Are you waiting for the BBM app for iOS or Android? Let us know by sending your comments.