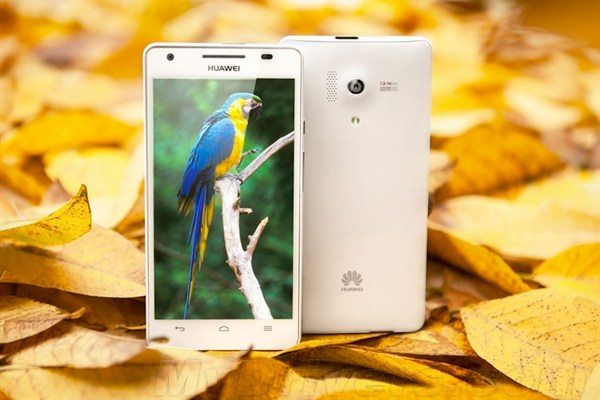 We first mentioned the Huawei Honor 3 back in April, and at that time it looked as though it was going to be a high-end smartphone. The Huawei Honor 3 with IR beamer has now gone official and is more of a mid-range phone, but it still has plenty to offer.

The IR beamer feature allows you to use the Honor 3 as a remote control for other devices, including televisions, set-top boxes, air conditioning and more. This is a feature that’s increasingly being added to new smartphones.

Another feature that’s becoming more prevalent with devices this year is dust and waterproofing. Examples of this include the Sony Xperia Z and the recently launched Kyocera Hydro Elite.

The Honor 3 is dust and water-resistant to IP57 certification standard. This means that it can withstand being immersed in water to a depth of one meter.

This new Huawei phone is 9.9mm thick and specs for the Huawei Honor 3 include a 1.5GHz Hass K3V2 quad-core processor, 4.7-inch 720p display, 2GB of RAM, and 8GB of internal storage, expandable via microSD.

The Honor 3 price is extremely competitive as it will be available off-contract for a price of 1888 yuan, that’s around $310 or Â£200. However, for now it’s can only be ordered in China, although more regions could follow.

The Huawei Honor 3 looks to have a lot to offer for an affordable price, and we’d like to hear your thoughts on this new smartphone. Could you be tempted to buy the Huawei Honor 3?