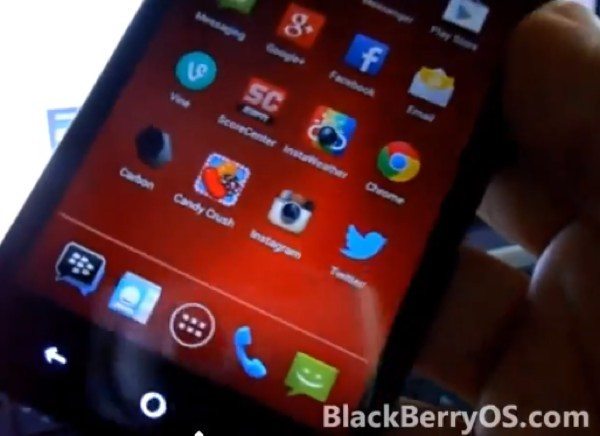 It’s no exaggeration to say that there’s a lot of interest right now in BBM for Android and iOS apps that are due to release shortly. The BlackBerry Messenger service is about to go cross-platform for the iPhone and Android devices, and hot on the heels of previous leaks the BBM Android app has now shown up on video pre-release.

We’ve been following the BBM apps for Android and iOS devices for some time, and we know from the many comments we’ve received to previous posts that plenty of readers are eagerly waiting to be able to use BBM.

In recent weeks we’ve seen user guides leaked followed by Samsung teasers for the Android BBM app. Most recently we saw the landing pages appear for both the iOS and Android platforms. Now a video has been leaked that shows the beta BBM Android app in action on the HTC First and will give you a taste of what to expect.

You can see the BlackBerry Messenger First Demo 6-minute YouTube video below this story, so you might want to take a look. What is noticeable is that the Android BBM app appears to look very similar to the app on BB10 devices, with the same basic features. However some of the layout may seem unfamiliar at first for Android users.

BlackBerry has still not announced when the iOS and Android apps will be available, but the video is a sure sign that the Android version at least isn’t too much further away. We’ll pass on more news about BBM as we hear it, and hopefully it won’t be very much longer until we can pass on firm release dates.

Have you been patiently (or not so patiently) waiting for BBM for Android or iOS devices? What are your thoughts at this initial look at the BBM Android app? Let us have your comments on this.

One thought on “BBM Android app shown on video pre-release”