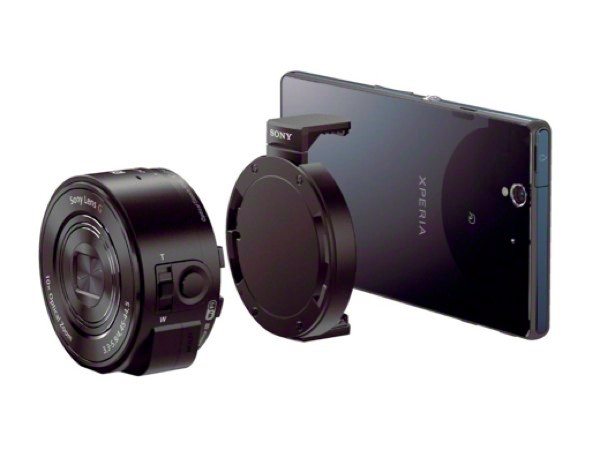 The Sony QX100 and QX10 lens-style cameras will be able to transform the normal offerings from smartphone photography. They can be attached to smartphone and tablet devices and paired with Wi-Fi or NFC, with the use of the Sony PlayMemories app (Android and iOS) that converts the display on the device to a real-time viewfinder.

This app can also be used to adjust camera settings, release the shutter, and much more. Videos and pictures can then be saved either on the phone, the camera or both, and can be easily shared with other mobile apps or through social media.

If desired these lens cameras can also be used as independent cameras, and both feature a memory card slot, rechargeable battery and shutter release button, although they don’t have a viewfinder.

You can see more about the specs of the QX100 and QX10 in our previous article here. The QX100 is available in black, and the QX10 is available in white or black color options. It would be interesting to hear from our readers in India about these Sony products.

Are you pleased to hear that the Sony DSC-QX100 and DSC-QX10 have now been launched in India? Are you a potential customer for either of these lens cameras, and if so what are your thoughts on the pricing?