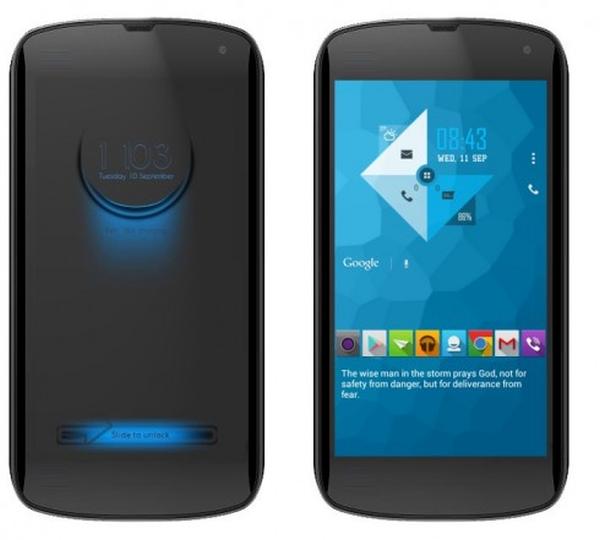 The Android platform is due to get its next version of the operating system in the next few weeks via Android 4.4 KitKat, at least for Nexus hardware. Today we have a Micromax Canvas 5 design for you along with Android 4.4 that would impress.

Earlier this year consumers in India were treated to the release of the Micromax Canvas 4 following weeks of teases and speculation, with a lot of it coming from the manufacturer themselves. There was some disappointment from some that were looking forward to the handset being released, but the concept phone you can see on this page would certainly impress them more if it came with the right specifications.

This design for the Micromax Canvas 5 is the work of Suman Chatterjee and despite the software not being available yet it is being used for this design concept. As you can see the device uses what looks like a polycarbonate body in a sleek and stylish form factor.

There is the Android OS along with a custom overlay that gives the user some widgets and other useful shortcuts for things such as emails or the application list. There is even a shortcut for the remaining battery life and that all important weather information.

Keeping costs down while trying to offer consumers a flagship smartphone the device could easily use the MediaTek Octa-Core MT6592 processor, which could be paired with a worthy 2GB of RAM.

Camera wise you would have thought the device would feature a 13-meagpixel rear facer with at least a 2-megapixel unit around the front for those video calls and self-portraits. At least 16GB of expandable storage would be nice as well as 4G LTE connectivity to really help the device standout from other smartphones that originate from the region.

4 thoughts on “Micromax Canvas 5 design with Android 4.4 would impress”