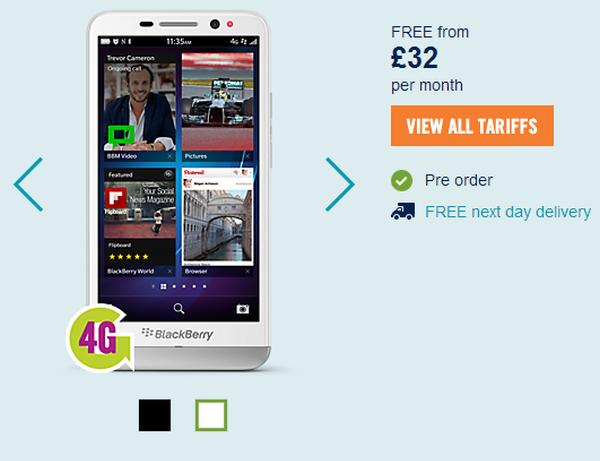 While BlackBerry is seeing its market share continue to slide and is set to release one of its unique features, BBM onto the Android platform later today, the company has still had the time to launch a new smartphone. Now the BlackBerry Z30 has seen its UK pre-orders begin that has provided a release date for the device as well as pricing.

A few days ago the BlackBerry Z30 was revealed to the world as the company’s latest flagship device running the latest version of the BlackBerry 10 operating system. Now UK retailer Carphone Warehouse has put the device up for pre-order with deliveries of the black version expected on September 30th.

The white version isn’t expected to arrive until October 15th but the retailer is offering the handset free on contracts starting Â£32 each month with carrier O2, which will get you 600 minutes of talk time, unlimited text messages, and 750MB of data on a two year contract.

There are a number of other O2 contracts available for the BlackBerry Z30, but currently the only other contracts that are available away from O2 are with Talk Mobile. Carphone Warehouse also has the black version up for pre-order SIM free which will set you back a cool Â£529.95.

It will be interesting to see how well the BlackBerry Z30 does as while it is a notable improvement spec wise on the Z10, it still lacks when compared to the leading Android hardware available, even though many looking to pick up a new BB10 smartphone are doing so for the user experience that the software brings to the table.