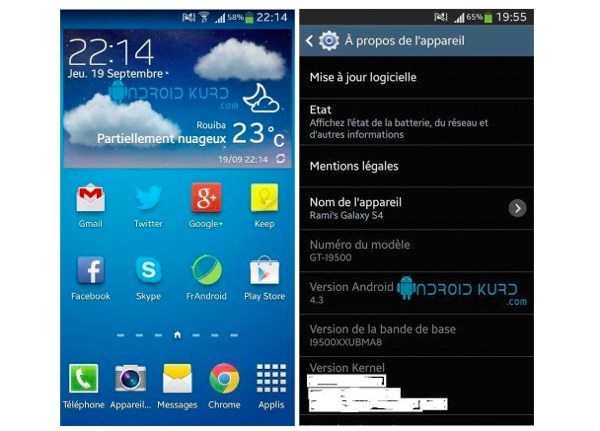 The image you can see here shows Android 4.3 build XXUBMA8 on the Galaxy S4 I9500 model with the Exynos Octa-core processor. The update is expected to bring some of the features include on the new Galaxy Note 3 that is just about to release, as well as stability and performance improvements.

Changes include always on Wi-Fi scanning and OpenGL 3.0 and as well as this it’s expected that this 4.3 update will offer support for the new Galaxy Gear smartwatch. At present the Galaxy Gear is only compatible with the Note 3 that is shortly to release.

Samsung hasn’t given a precise date for when Android 4.3 Jelly Bean will start rolling out to the Galaxy S4, but it’s likely that unlocked models will be among the first to receive the update, followed by carrier versions.

Are you eagerly waiting for the Samsung Galaxy S4 Android 4.3 update to arrive for your device? Have you any interest in the Galaxy Gear smartwatch that should be compatible after the update? We always appreciate your comments.