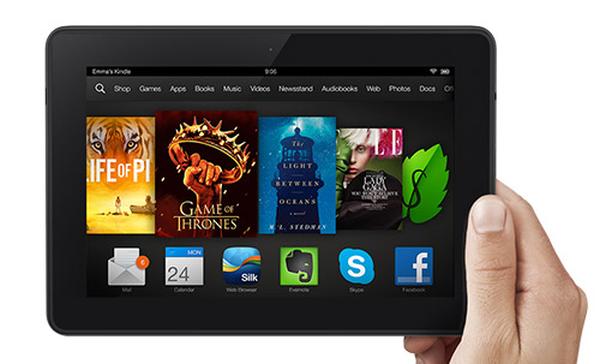 This time of year we often see new electronic products launched so they catch the big holiday season rush of spending which is only just around the corner now. We now have news that the Amazon Kindle Fire HDX gains Verizon LTE to add more buying choices for consumers.

As expected online retailing giant Amazon has now refreshed its Kindle range of tablet devices that feature some high end specifications. While we have already reported about the Wi-Fi only versions of the new Kindle Fire range along with all the specifications, the company is also set to provide some cellular options.

Besides AT&T those looking to pick up one of the new Kindle Fire HDX tablets will now have the extra option of Verizon. This will cost you an extra $100 so the 7-inch version will now set you back $329, while the larger 8.9-inch model will cost $479 and the company has stated that standard plans will be supported for both carriers.

For Verizon Wireless these prices start at $10 extra via Share Everything when added to an existing voice and data plan, while data plan options start at $20 per month for 1GB of data going up to $80 each month for a 10GB allowance.

This compares to rival carrier AT&T that have the Mobile Share plan at an extra $10 each month when added to an existing voice and data plan, or the carrier’s individual plans start at $14.99 each month for 250MB of data going up to $50 for 5GB.

Will you be getting one of the new Kindle Fires?