iOS 7 on iPhone 4 rubbished in videos 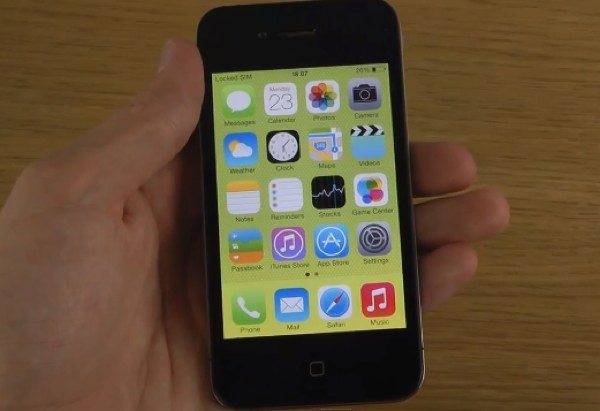 Last week many of us updated Apple’s iOS 7 to our devices as soon as it became available. There has been plenty of admiration for the new operating system, although some people have rather more mixed feelings. This appears to be the case for iOS 7 on iPhone 4, as it has been rubbished in some videos.

Usually there are some initial teething problems when an operating system upgrade is first released and iOS 7 is no exception. We’ve already reported on some users noticing increased battery drain, especially when using the iPhone 5 with iOS 7. Yesterday we also discussed an apps login problem that exists for some users.

Now some issues with the iPhone 4 on iOS 7 regarding what it lacks have been thrown up in the two videos that you can see below this story. The first is a 7-minute YouTube video that looks specifically at why iOS 7 on iPhone 4 sucks, according to the video reviewer.

The video goes into detail about the negative points of iOS 7 on iPhone 4 and begins with a look at speeds, for instance showing how long it takes the handset to boot up (noticeably slow). It goes on to look at features that are lacking on the camera app, lag on Spotlight, lack of Siri, transparency and animated wallpapers, and much more.

The second video is a 9-minute look that compares iOS 7 on iPhone 4 to the same on the iPhone 5, side by side. This highlights the differences between the two devices when using iOS 7. For instance, this time when booting up next to the iPhone 5, the slowness of the iPhone 4 is more noticeable.

Many more aspects are also shown such as lag on the iPhone 4 compared to the 5. These videos pinpoint why iOS 7 on iPhone 4 doesn’t offer the same experience as with the iPhone 5, and we’d like to hear your views on this.

Do you have an iPhone 4, and if so are you unhappy with what iOS 7 offers on your device? Maybe you wish you’d stayed using iOS 6? Let us know with your comments.

23 thoughts on “iOS 7 on iPhone 4 rubbished in videos”