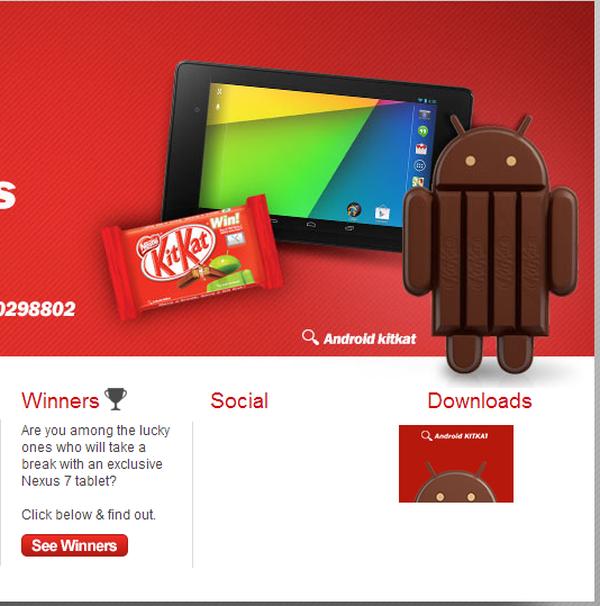 For months it was widely believed that when Google reached to releasing the next version of its mobile operating system it would be called Key Lime Pie, but instead the company pulled a curve ball by calling it Android 4.4 KitKat, and now the special competition that has been running reaches India with a chance to bag a free Nexus 7.

Earlier this month the contest was launched in other markets around the world such as the US and parts of Europe, but now it has been expanded further and is available across India via special KitKat packs.

The search engine giant Google is providing a total of 1,000 Nexus 7 2013 devices to be won with the competition set to run until November 15th, 2013. It is available via both milk and dark chocolate varieties of KitKat that feature the easily recognisable Android robot logo on the packaging.

Each of the special KitKat packages features a unique 8 digit code that has to be sent to a number via SMS messaging, and once this has been sent you will be contacted if you are a winner. Other regions get to enter the code on the KitKat Android page to see if you are a winner, so it’s strange not to be available in India.

Have you been trying to win a Nexus 7 by buying the special packs of KitKat?