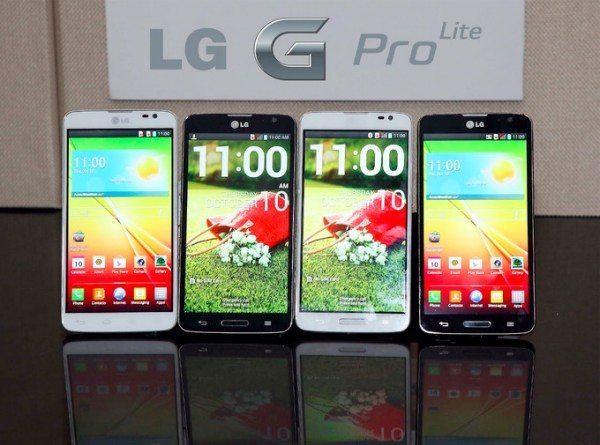 LG has just officially introduced the G Pro Lite smartphone. We had previously heard some leaked specs for this device, but now we have details of the LG G Pro Lite official specs as well as news on availability.

The LG G Pro Lite has now been announced and although the display size is the same as the LG Optimus G Pro, it now has a lesser resolution of 960 x 540. Other inclusions for the LG G Pro Lite are a 1GHz MediaTek dual-core processor, 1GB of RAM, and 8GB of internal storage (expandable via microSD).

This upcoming phablet also has an 8-megapixel rear camera, 1.3-megapixel front-facing camera, a 3140 mAh battery, dual speakers, and an embedded stylus with dedicated Notes app. It weighs 161g and dimensions are 150.2mm x 76.9mm x 9.4mm. This is a dual-SIM phone that also features a Hot Key for quick switching, and it runs the Android 4.1.2 Jelly Bean operating system.

The phone will initially release in Latin America later this month, and then launch in Asia, China, India, the Middle East and Russia. The LG G Pro Lite comes in black or white color options. There’s no word yet on the price of this handset, but if LG can keep it realistic this could find a real niche among emerging markets.

Could you be tempted by this new LG phablet? Maybe you’ll be adding the LG G Pro Lite to your holiday wish list? Let us know what you think of this latest offering from LG using the comments box below.