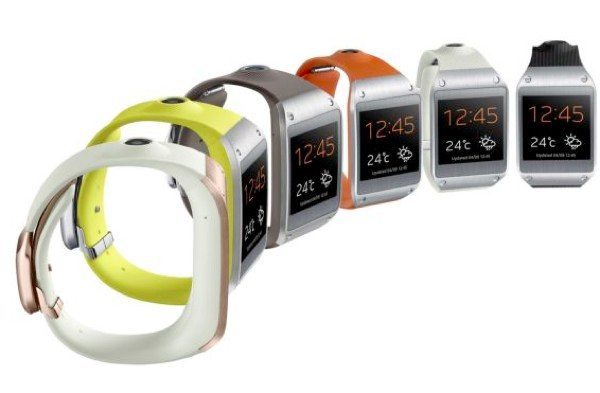 The Samsung Galaxy Gear smartwatch recently released to a waiting audience, and it’s fair to say that this new device has met a pretty mixed reception so far. The tech world seems rather indifferent to this latest Samsung offering, and now it’s being said that the Samsung Galaxy watch has inadequate phone features.

We’ve been bringing readers plenty of information about Samsung Galaxy watch features, and recently wondered why people wouldn’t just buy the Sony SmartWatch 2 at a much cheaper price. The Galaxy Gear watch launched alongside the Galaxy Note 3 smartphone, with the smartwatch priced at $299.

While the Galaxy Gear is certainly not the first smart watch, it’s probably the one that has attracted the most attention. It has the portfolio of other Samsung Galaxy devices behind it as well as being the subject of a huge marketing budget.

With this in mind the Samsung Galaxy Gear features should have been impressive enough for it to become the leading wearable technology device, but it seems that it has missed the mark. At present the Samsung Galaxy watch is more of a companion smartphone device rather than being a standalone product.

Firstly it was noted that setting up the Galaxy Gear watch with the Galaxy Note 3 wasn’t quite as easy as it should have been. Users are supposed to able to download and install an app that manages the watch by simply tapping the phone to the back of the Galaxy Gear charging cradle. However, when this didn’t work they had to be connected manually.

Once the Galaxy phone and Galaxy smartwatch are paired, users have the ability of being able to place or receive calls, take photos and videos, read texts, run apps and more using the Galaxy Gear. When calls were made from the touch screen of the watch the side-mounted microphone gave good results to the recipients of the calls.

However, when on the receiving end of a call it was noted that as the speaker is incorporated into the wristband it was rather awkward to actually listen to it. Sometimes the Galaxy Gear had to be held up to the ear to be able to hear the caller, which you can imagine could look pretty odd.

It was also pointed out that although the Samsung Galaxy Gear camera and S Voice features could easily be used, it was actually more difficult to achieve the basic function of getting the time.

In a bid to conserve battery power the Galaxy watch screen goes dark when not being used and it supposed to come back to life once the arm is lifted. However, this didn’t happen and the user had to vigorously shake their wrist to wake the display.

Overall it was felt that Samsung has missed a real opportunity with its Galaxy Gear watch and that it “falls short.” Apple has it’s own iWatch device in development to rival the Galaxy Gear, and it will be interesting to see if Samsung’s great rivals can come up with something better.

We’d like to hear your views on the Samsung Galaxy Gear smartwatch. Are you still considering buying this device? Maybe you already have it and could tell us if you’re pleased with what it offers (or not)? Send your comments to let us know.