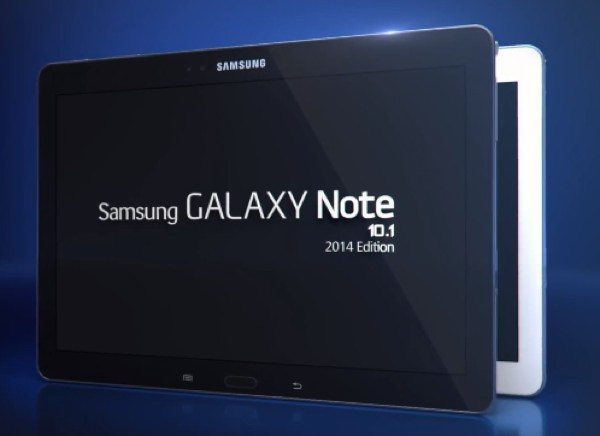 The Samsung Galaxy Note 10.1 2014 is attracting a lot of attention and as a very capable tablet this is likely to be in big demand. With the holiday season coming up there will be plenty of people adding this new tablet to their wish lists or purchasing it for somebody else, and you can see price details here.

It also totes an 8-megapixel rear camera with 1080p full HD video and LED flash, 2-megapixel front-facing camera, and an 8220 mAh battery, and it runs the Android 4.3 Jelly Bean operating system. It comes in black or white color options and also makes use of an S Pen stylus.

We’ve embedded the 4-minute YouTube video below that is the official introduction to the Samsung Galaxy Note 10.1 (2014 Edition). If you’re considering purchasing this tablet the video will give you a good look at the device and shows the styling and design in excellent detail.

The video also shows just how slim the device is, the use of the stylus, and makes a pretty big deal of the impressive display. It also shows a few examples of just how easy it is to use.

It will give viewers an idea of what the Samsung Galaxy Note 10.1 2014 has to offer, and the video concludes with showing its compatibility with the Galaxy Gear smart watch. Why not take a few minutes to check out the video below for yourself and let us know what you think.