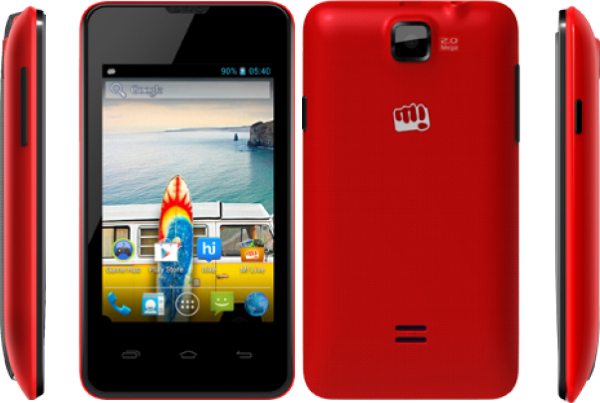 There are many Android smartphones on the market and some of us just cannot afford the top high-end handset, phones such as the Canvas 4 and the upcoming Micromax Canvas Turbo A250 might be a little out of your budget. This is why we need mobile phones such as the Micromax Bolt A58.

The Micromax Bolt A58 has now made its way on to the official website, this is not the best Micromax smartphone by far but it was never meant to be.

There are thousands to consumers that will love this Android 4.2 smartphone, the Micromax Bolt A58 specs include a 3.5-inch with resolution of 320×480, Android Jelly Bean 4.2.2 operating system, 2MP fixed focus, 1GHz dual core MTK 6572M processor, USB, WiFi, 3G and Bluetooth 2.0.

This Micromax smartphone also comes with 512 MB RAM, 90MB internal memory for installing apps, you can expand up to 32GB thanks to the card slot.

It also comes pre-installed with Game HUB, 3-in-one bubbles, Hike, Kingsoft Office, Opera, Spuul, M! Live, FOTA and The Dark Man. The handset will be available in raging red or midnight black, we have no idea when the Micromax Bolt A58 will release, no official dates or price have been announced as of yet, we are expecting this handset to come with a guide price of Rs.3900 – 4000

Would you be interested in the Micromax Bolt A58 Android smartphone?