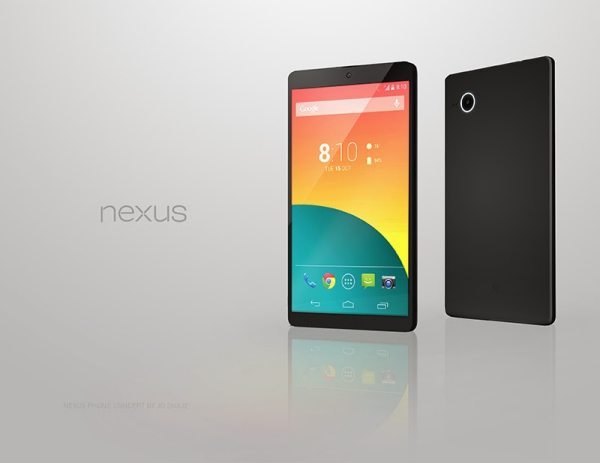 The Nexus 5 is getting a lot of attention lately and after all the recent rumors it is fair to say we know what the Nexus 5 will look like, the specs are obviously going to be better than the Nexus 4, which is a superb smartphone.

We have found a new Nexus 5 design that was put together on a bus journey by designer Jo Enaje, his creation was posted on Google+, which also shows off new colors.

Concept Phones have hit the nail right on the head, they suggest that the Nexus 5 design is almost certain so it makes sense to call Jo Enaje’s design the Nexus 6. If you look below you will see the new Nexus concept in different colors including yellow, blue, red and green etc, looks like they want to go down the Nokia Lumia stroke Apple 5C path. 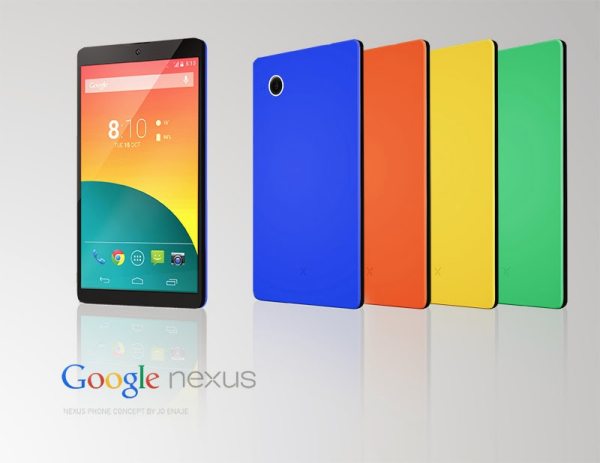 The casings do look good in different colors but for some it turns a classy sophisticated smartphone into a cheesy fashionable accessory, it does have a 4.9-inch display and we know this would be favored by Nexus fans – do you agree or disagree with this?

Looking at the rear of the Nexus we cannot seem to see any indications of a flash, could the white rim around the camera lens be the flash? If you zoom in on the picture above showing all the different colors you will see next to the camera lens two small dots, could these be the mic and flash holes?

Even though the Nexus 5 or Nexus 6, call it what you may concept comes with many colors the front will stay black. Do you think this should be the Nexus 6?