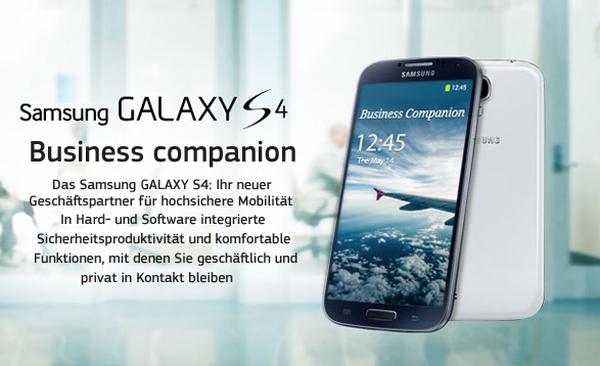 The original version of the Galaxy S4 was released a few months ago now but since then we have seen a number of different variations of the flagship device, and now the Samsung Galaxy S4 upgrade is set for a European release.

So far the Qualcomm Snapdragon 800 equipped version of the Samsung Galaxy S4 has only been available in the company’s home country of South Korea, but now the handset has appeared on Samsung’s website in Germany.

The upgraded handset comes with the more powerful processor clocked at 2.3GHz and will also support LTE-A connectivity that promises data speeds of up to 150mbps, although many networks around the world don’t yet support this 4G LTE technology.

At the moment the handset doesn’t seem to be up for sale to consumers on any retail or online store, but as it has appeared on Samsung’s official website it must mean the handset is on its way. The device is listed as being available in either Black Mist or White Frost colours once it does go on sale though.

The Samsung Galaxy S4 Active is also rumoured to be getting the same upgrade but it remains to be seen how many markets the device is made available for, and how many consumers will actually want to own one considering the Samsung Galaxy S5 arrival is getting closer all the time.

Would you purchase this refreshed version of the Galaxy S4?

One thought on “Samsung Galaxy S4 upgrade in European release”