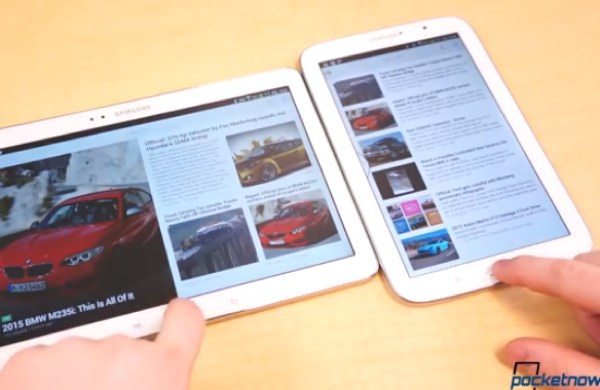 The 10-minute YouTube video that we’ve embedded below this story takes a look at both tablets in a bid to discover which one is most worth spending your money on. It gives a good rundown on what these tablets have to offer and asks whether the more compact form of the Note 8.0 is enough to offset the fact that the new Note 10.1 has extra power.

The video begins with a look at the design and build of the two tablets before comparing the very different specs of both and then giving details on the displays. It’s also pointed out that the new Note 10.1 features the newer S Pen stylus whereas the 8.0 has the older version.

The video also looks at user interfaces and features, use of the S Pen stylus, performance, the odd flaw, battery use, camera capability and more. As you might expect there’s a clear winner all-round winner, but we won’t spoil the video’s end by giving this away, or the reasons for this decision.

You may also like to see a review video collection for the new Galaxy Note 10.1. Once you’ve checked out the video below we’d like to hear your thoughts via the comments box. Will you be purchasing either the new Samsung Galaxy Note 10.1 2014 or the Galaxy Note 8.0, and if so which one have you chosen?