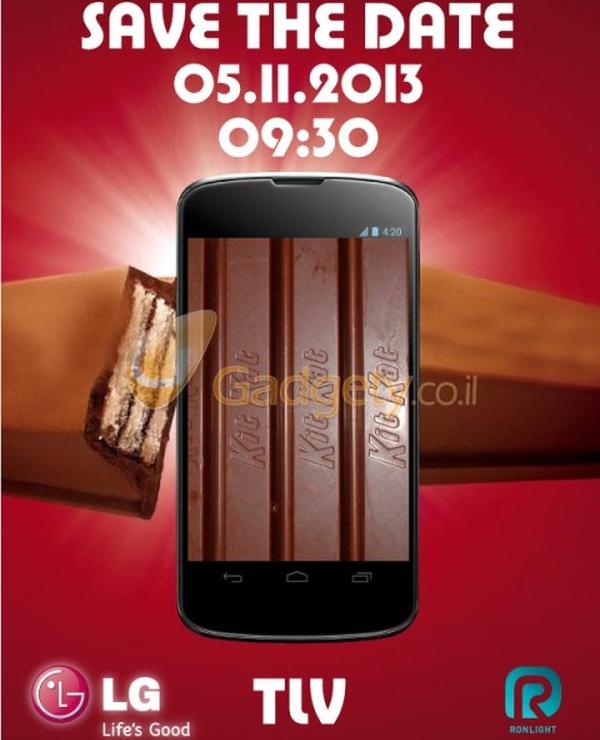 The next new version of the Android operating system is expected to be released at anytime now which should coincide with some new Nexus hardware, and now it seems that the Android 4.4 KitKat launch date is possibly set with an invite.

Some invites have been sent out for a press conference that is being held in Tel-Aviv, Israel and as you can see on this page the event is taking place on November 5th. This could be an event that will run at the same time or just after the main presentation that Google could be holding to unveil the Android 4.4 KitKat firmware along with the latest Nexus hardware.

The invite seems to indicate that LG are going to be taking part as the company are set to provide the Nexus 5, and could even be producing a 4G LTE version of the Nexus 4 as well. The image of the invite shows a smartphone that has a KitKat running through it so this is probably hinting at what we can expect from the event.

This invite has been provided by a company called Ronlight Digital that is a distributor of LG products in the country, so we could get to see another Google press event in the US before this one taking place in Israel.

We recently heard a rumour that the Nexus 5 could be unveiled on this coming Friday, November 1st so this could easily fit in with this but we will have to wait for any invites to be sent out by Google to know for sure.