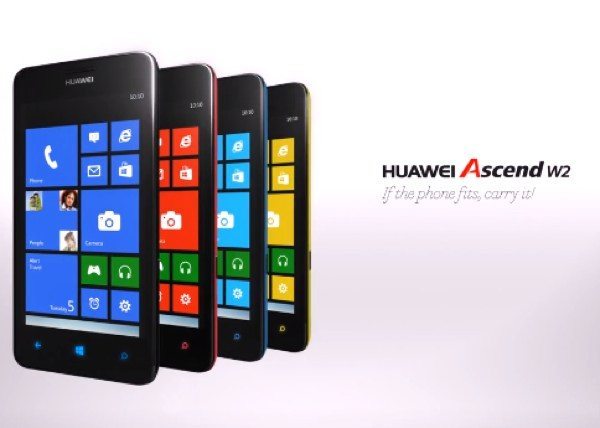 The Chinese version of the Huawei Ascend W2 smartphone has been around for a few months now, but now the Ascend W2 release will make this phone available in different regions and at an affordable price. This phone is a successor ot the Ascend W1 and we have further details ahead.

The Ascend W2 price hasn’t been officially announced yet, although Huawei are touting it as affordable and for “value-savvy” buyers. It will be available in black, blue, red, or yellow color options, and Russia and the Netherlands are set to get the 3G phone this month.

The release is likely to come very soon as it was already being shipped last month, and availability will spread to further regions at some point. Specs include a 1.4GHz Snapdragon MSM8230 dual-core Krait processor, Adreno 305 graphics, and a 4.3-inch IPS LCD display with resolution of 800 x 480 and 217 ppi.

Dimensions of the Ascend W2 are 134mm x 67mm x 9.9mm and it weighs 160g so it’s on the hefty side. You can also use this phone while wearing glove as it features sensitive touch technology.

Whether the Ascend W2 will find popularity remains to be seen, but considering the specs Huawei will need to price this very competitively. You can check out a video showing the Ascend W2 below this story or see more about it at Huawei here.

We’d like to hear your comments about this handset. Would you be interested in this device if it releases in your region? How much would you be prepared to pay for the Huawei Ascend W2?