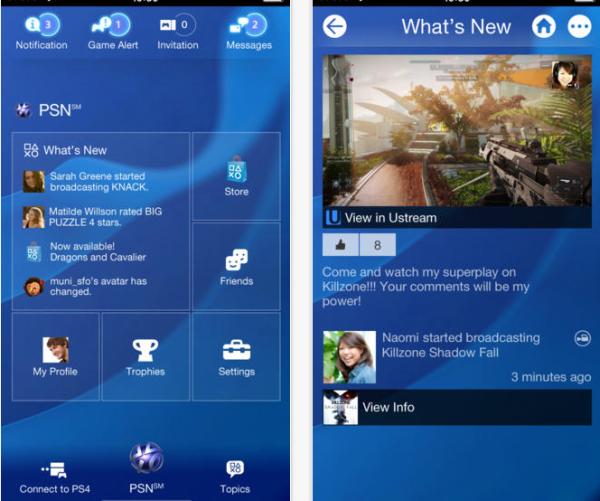 The gaming world is getting really excited with the launch of two new high end consoles that have been wanted for a number of years now by some of the gaming community. Now ahead of the PlayStation 4 arrival Sony has released the companion apps early.

Later this week some regions will be able to get their hands on the new PlayStation 4 console and in preparation for this Sony has released the Android and iOS companion apps. The company had already provided release dates for the apps that was set for today in North America, but Europe wasn’t down to receive them until November 22nd.

The Android version of the PlayStation app has been released early in Europe although the iOS version isn’t currently available outside of the US it seems. The free application gives users access to the PlayStation Network via their mobile device as well as buying new games and getting them onto the PS 4 console.

Users will also be able to see what their friends are playing comparing trophies or viewing recent gaming activity, and they can also chat with their friends and receive notifications or invites. Some games will have the ability to take advantage of in app second screen features and there will also be access to manuals and system guides.

To download the PlayStation App head over to the App Store or Google Play but please remember they may not be available in all regions just yet.