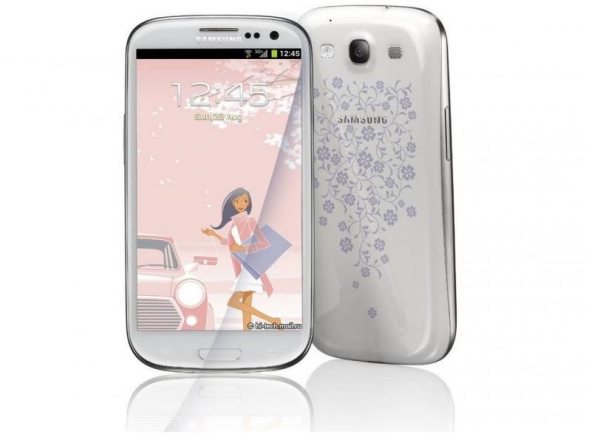 The new Samsung Galaxy S4 mini La Fleur Edition smartphone is most definitely going to be released to the public, but the sad news is it may be missing Christmas.

Ebenezer Scrooge is nowhere to be found so we will have to blame Samsung for this, it was first thought that the Samsung Galaxy S4 mini La Fleur Edition would arrive in time for the holiday season, but now according to SamMobile it will come late December early January.

To be frank there are too many versions of the Samsung galaxy S4 anyway, to we really need one with some fancy flowers on it, just go by a cover.

The Galaxy S4, Galaxy S4 Active, Galaxy S4 Google Edition, Galaxy S4 Zoom, Galaxy S4 mini and now a La Fleur Edition, talk about saturate the market, we all have choices to buy or not.

The Samsung Galaxy S4 mini is the same as the normal model but with a floral design on the rear, it will come in color red and dual SIM configuration. The specs are the same as the original. Please stop now Samsung or you will run out of names and then they would be silly names like S4 mini skinny, S4 mini ninja.

Will you be buying the Samsung Galaxy S4 mini La Fleur Edition?