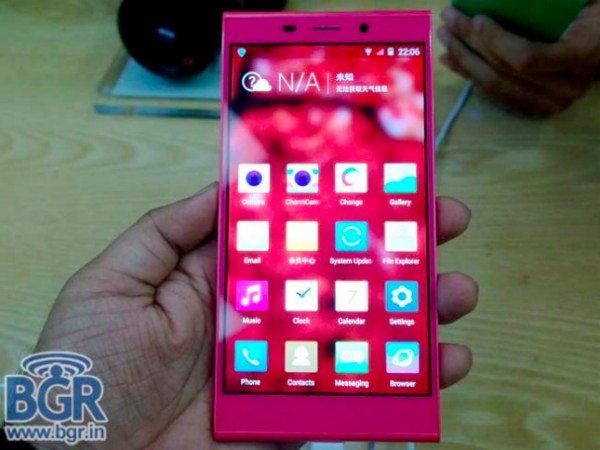 Following the success of the Gionee Elife E6 in India, the Elife E7 Android flagship has now been unveiled. The Elife E6 release for India will take place in January next year, and the phablet has plenty of specs and features that should make it attractive to potential buyers.

It’s offered with 16 or 32GB of internal storage with the 16GB option having 2GB of RAM or the 32GB version having 3GB of RAM. Other specs include a 5.5-inch 1080p display with 400 ppi, protected with Gorilla Glass 3 and featuring a 2.3mm bezel.

Further specs include Adreno 330 graphics, a whopping 16-megapixel rear camera along with an 8-megapixel front-facing camera and a 2500 mAh battery. The Elife E7 runs the Android 4.2.2 Jelly Bean operating system skinned with the Amigo 2.0 user interface.

This phone is likely to generate plenty of interest and we’ll be keeping readers informed about its official release in India. What are your initial impressions about the Gionee Elife E7 specs and pricing? Will you be waiting for January to get your hands on this new Gionee smartphone?