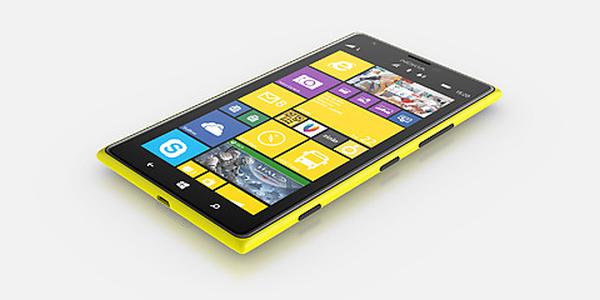 Nokia may be about to be swallowed up by Microsoft but the company is still providing its fans some tasty looking hardware, and we now have news of a SIM free price in the UK of the Nokia Lumia 1520 ahead of its impending release.

A few days ago we heard about the availability and carrier pricing of the Nokia Lumia 1520 for UK consumers, but now an online retailer Unlocked Mobiles has listed the price for the handset SIM free with it set at Â£549.98 with a free Â£20 apps voucher thrown in.

The device is set to be released next month on the 6th of December so only ten days to go before you can get your hands on Nokia’s latest flagship smartphone. Thanks to the new version of the Windows Phone 8 operating system handsets can now support Full HD displays and quad core processors and the Lumia 1520 doesn’t disappoint.

We have a Full HD 6-inch touchscreen display that has the Qualcomm Snapdragon 800 quad core processor clocked at 2.2GHz with the Adreno 330 graphics GPU and 2GB of RAM under the hood. There is also 32GB of on board storage expandable by another 32GB via microSD card, and on the rear there is a 20MP camera paired with a 1.2MP front facer.

Are you going to purchase the Nokia Lumia 1520?