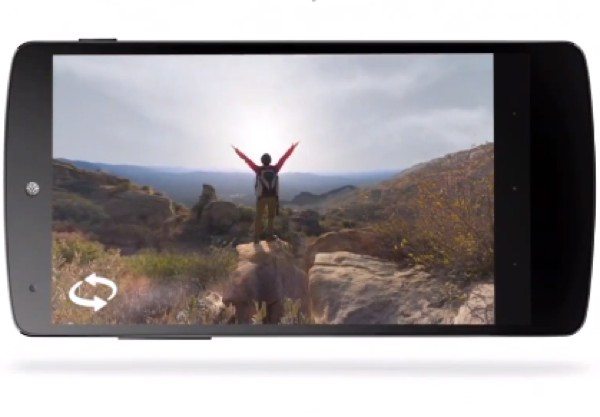 The Google Nexus 5 smartphone has been in huge demand since its release a few weeks ago, and bearing in mind that some people have had difficulty getting their hands on the device it hardly needs advertising. Nevertheless Google has now released Nexus 5 ads and perhaps unsurprisingly they focus (excuse the pun) on the camera experience.

The LG-made Nexus 5 has been in short supply, in much the same way as the Nexus 4 on its release last year. Yesterday Google showed three new Nexus 5 ads, all of which make the camera the star of the show.

Plenty has been said about the camera performance and features of the Nexus 5 such as Photo Sphere, Auto Awesome and HDR+ support. The 16-second YouTube videos below show the three new ads that Google has released for the Nexus 5.

While the ads might only show images they serve to show how Google feels the highlight of the Nexus 5 is most definitely its camera set-up. The first video below this story concentrates on the Photo Sphere feature. The second ad showcases the HDR+ element while the third ad concentrates on Auto Awesome with a cool senior lady strutting her stuff.

We’d be really interested to hear from readers about these ads and the Nexus 5 camera. Were you thinking of purchasing the Nexus 5, and do these ads make it even more appealing? Perhaps you already have the Nexus 5 and could tell us what you think of the camera experience of the device?