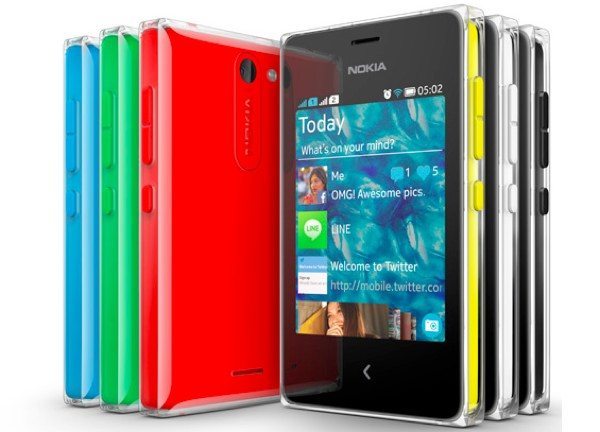 The Nokia Asha 503, 502 and 500 were all recently officially introduced, with all three devices featuring touchscreen-optimized user interfaces. At that time all we knew about a release was that they would go on sale in Q4, and now we can tell you that the Nokia Asha 503 and 502 dual-SIM are available.

When we gave details of official pricing we also informed readers that the Nokia Asha 503 was set to release in Africa, Asia-Pacific, Europe, Latin America and the Middle East. The Asha 502 was said to be heading to the same regions except for Latin America.

It is now being reported that the Asha 503 and Asha 502 have released for sale in select markets of India, the Middle East, Africa and Asia-Pacific. These phones are at the affordable end of the market and come in a variety of bright and fun colors, so they are likely to attract a lot of buyers.

The Nokia Asha 502 is only available as a dual-SIM model with 2G connectivity. This one has a 3-inch QVGA display with 320 x 240 resolution, a 5-megapixel rear camera with LED flash, Wi-Fi b/g/n, Bluetooth 3.0 and microSD storage expansion.

Features of both phones include Nokia’s Xpress browser and social network integration with WeChat, Sina Weibo, Facebook, LINE and Twitter. Other features include Fastlane and camera apps that include Picfeed and Pictag.

Are you pleased to see these new additions to the Nokia Asha line go on sale? Let us know with your comments.