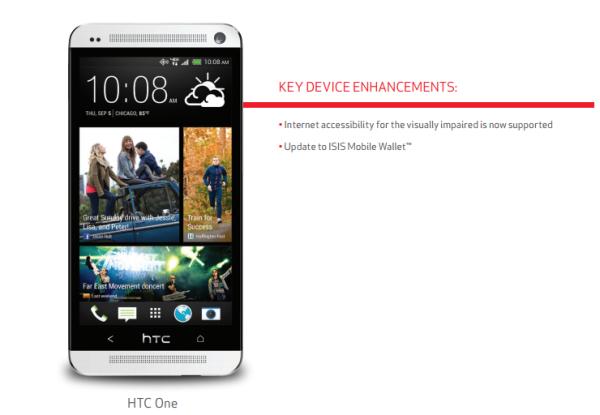 The majority of HTC One owners are already enjoying the handset running the Android 4.3 Jelly Bean operating system and are already looking forward to get a taste of 4.4 KitKat early next year unless you have a Verizon version of the device. The carrier has now provided the full changelog for the Android 4.3 update ahead of its imminent release.

As we reported a few days ago the Verizon Wireless HTC One Android 4.3 update is expected to hit handsets at anytime now, and ahead of its release the carrier has provided the details of the update and what owners can expect to see once it reaches their device.

The update will bring enhancements to the HTC Sense 5.0 and there are a number of bug fixes besides the new features that Android 4.3 brings to the device. The HTC Watch along with the keyboard has been improved, and there has been some fixes for when users are charging the device with a Mophie Juice case.

Other improvements include fixing a bug that affected some earpieces that had a low ringing noise, and now there is the option for owners to purchase ringtones. Other changes include Internet access for the visually impaired and an update to the ISIS Mobile Wallet.

The update could arrive as soon as today and to manually check users can head to the settings option before selecting About phone and check for new software updates.Update: The new firmware is now rolling out to users.