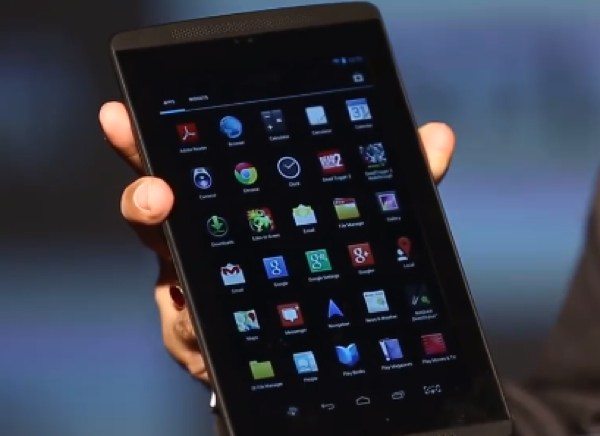 We’ve already given readers specs and price details for the Xolo Play Tegra Note and it’s powered by an NVIDIA Tegra 4 quad-core processor (the device was earlier announced as the Xolo NVIDIA Tegra Note tablet). The following videos will give a much closer look at this device.

The first YouTube video that we’ve embedded for your viewing convenience below is a 3-minute look at an unboxing of the Play Tegra Note. It starts with a look at the packaging and then shows what’s included in the box.

We see some close-up looks of the tablet and the box also contains a quick start guide, warranty papers, micro-USB cable and charger. We then see where the stylus for the tablet is integrated into the design, followed by a very brief look at the device.

The second video is a 3-minute hands-on look at the 7-inch Xolo Play Tegra Note tablet. This shows the design and a tour of the hardware along with information about some of the major specs. We also see the user interface and details of some of the pre-loaded apps and camera set-up.

This is a useful initial look at the device and early impressions of the tablet seem to be quite good. We’d like to hear your thoughts after you’ve taken a look at the videos below this story.

Have you decided that the Xolo Play Tegra Note will be your next tablet purchase? Let us know by sending your comments.