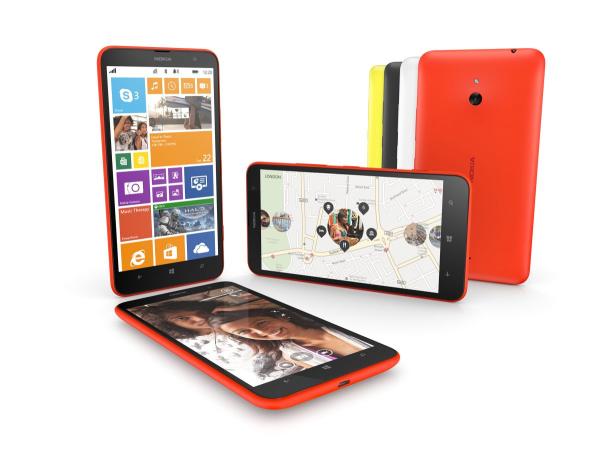 During 2013 Nokia launched a number of new handsets at various levels spec wise, which also saw the company’s first phablet sized devices and now we have news of the Nokia Lumia 1320 India release date and price that has been revealed.

Back in December the company provided release details about both the Lumia 525 and Lumia 1320 but didn’t provide exact release dates and pricing, but now we can tell you that the Nokia Lumia 1320 will be available from a week today, Tuesday January 14th.

The device will cost consumers in India Rs. 23,999 and provides a cheaper 6-inch alternative than the Nokia Lumia 1520. To recap the device features a 6-inch IPS LCD 720p HD display at a pixel density of 245ppi.

This is powered by the Qualcomm Snapdragon S4 dual core processor clocked at 1.7GHz and coupled with 1GB of RAM, while on board storage comes in at 8GB with expansion possible up to 64GB via microSD card.

Nokia offers purchasers of the handset 7GB of SkyDrive cloud storage as well while the cameras come in at 5-megapixels on the rear, while around the front we have a VGA shooter. Keeping everything powered is a 3,400 mAh battery that is promised to provide up to 25 hours of talk time and 672 hours of standby.