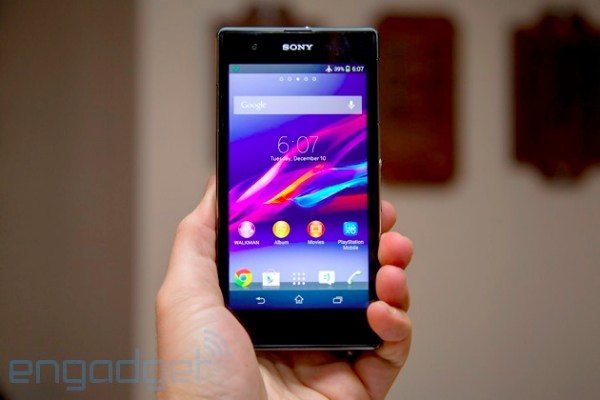 The Sony Xperia Z1S has now been formally introduced and we now know that this is a refreshed version of the Xperia Z1 flagship, albeit it with some nice additions. There was previously a certain amount of confusion about the Z1S but now all is made clear. We have the details of the Sony Xperia Z1S and its release date for T-Mobile US.

For a while there was a bit of a mystery over whether the Z1S was a mini version of the Z1 but the Z1 Compact has now also been made official. At CES 2014 the company also announced the Sony Xperia Z1S, which will be exclusively available in the US for T-Mobile.

Most specs are similar to the Z1 flagship and as you might expect the Xperia Z1S is waterproof (IP58 standard). Design-wise it’s one sleek looking handset made from premium materials. Specs include a 2.2GHz Snapdragon 800 processor, a 5-inch Triluminos display with 1920 x 1080 resolution, 2GB of RAM and 32GB of internal storage, expandable via microSD.

The Xperia Z1S has a 20.7-megapixel rear camera with Exmor RS Sensor, f/2.0 aperture size, and 1080p video capture. It has a 3000 mAh battery and it will release running Android 4.3 Jelly Bean, though we’d assume it would be upgradable to Android 4.4 pretty soon. The handset will only be available in black, at least initially.

If you’re in the US the Xperia Z1S release date on T-Mobile is January 22nd with an online pre-sale on January 13th. The Xperia Z1S price on T-Mobile’s Simple Choice Plan is 24 monthly payments of $22. Outright the phone will cost you $528.

What do you think about this new Sony Xperia smartphone? Are you tempted to purchase the Sony Xperia Z1S? Let us have your comments.