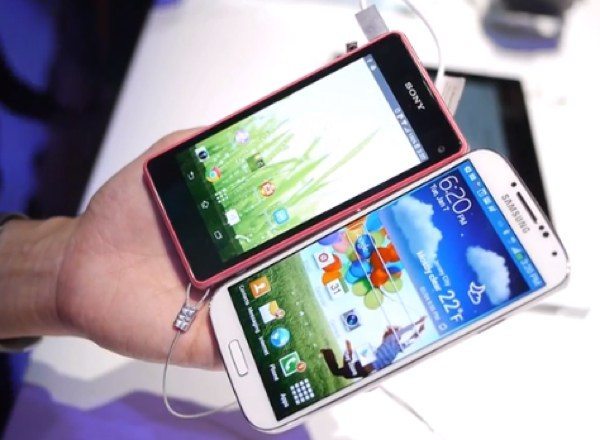 The Sony Xperia Z1 Compact will be released in the coming weeks and is likely to find plenty of success. Although it has a smaller display size than the Xperia Z1, it still has many of the same high-end specs that its larger sibling is admired for.

The 3-minute YouTube video that we’ve embedded below this article shows a hands-on first look at the Samsung Galaxy S4 and Sony Xperia Z1 Compact and offers a good chance to see how they compare close-up. It begins by showing the two handsets alongside each other and you can see that overall they are very close in size.

The Sony Xperia Z1 Compact also has the benefit of being waterproof, which is a nice bonus. The video also touches on the user interfaces and if you’re thinking of purchasing one of these two smartphones this will give you a useful brief oversight.

What do you think of the new Sony Xperia Z1 Compact? Are you likely to purchase this phone, and if so what is it that most appeals to you? Maybe you’re more attracted to the popular but older Samsung Galaxy S4? Let us know with your comments.