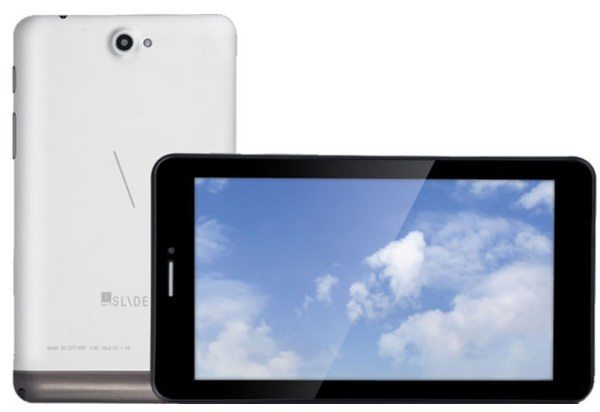 Recently the 10.1-inch iBall Slide 3G Q1035 tablet was launched for India and the iBall 3G 7271 HD7 might suit consumers who don’t want a full-size tablet. This is a dual SIM tablet with dual standby whereas the previous 3G 7271 was single SIM.

The 7271 HD7 tablet has voice calling and it has a 1.3GHz dual-core processor with Mali-400MPx graphics, and a 7-inch HD display with resolution of 1024 x 600. Other specs include 512MB of RAM, 4GB of internal storage, a 2-megapixel rear camera with LED flash, VGA front-facing camera, and a 3000 mAh battery.

Design-wise it has a narrow frame and slim build with an aluminium metallic back cover. Does the iBall Slide 3G 7271 HD7 sound like a good proposition to you? What are your thoughts on this current price for the tablet?