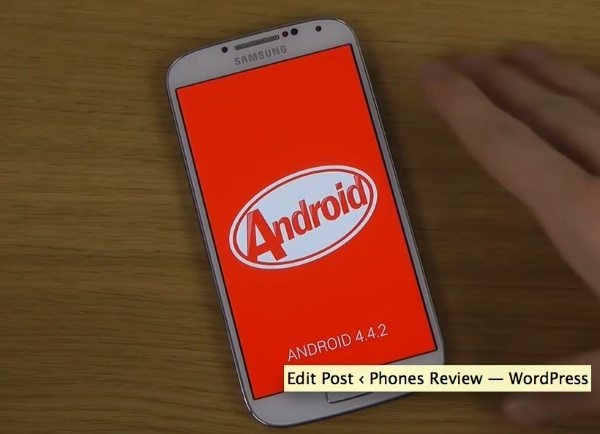 It’s worth pointing out that although the video is labelled as the official Android 4.4.2 KitKat update for the Galaxy S4, it is in fact a test build that’s being used. That means there could still some changes by the time the update is made official and starts rolling out, but it does offer an interesting taster of what’s to come.

Earlier today we shared two more videos of the Galaxy S4 with Android 4.4.2, one showing a preview and the other revealing a benchmark score. This latest YouTube video begins with showing that the Galaxy S4 is running KitKat and then shows an Internet speed test being run.

You’ll see the download and upload speed displayed and will hear that the reviewer is pretty amazed at the results. In fact he says he’s never seen such a high score for a phone before and wonders if the result was a fluke.

We’re then shown the device is using Wi-Fi and the test is repeated with similar high speeds achieved. The test is also run several more times to make sure, and each time the speeds are impressive.

After viewing the video below we think many readers will be even keener to update their Samsung Galaxy S4 to Android 4.4.2. We’ll inform readers when the official 4.4 update begins to be pushed out. Are you impressed by the speeds achieved with the Galaxy S4 on Android 4.4.2 KitKat?