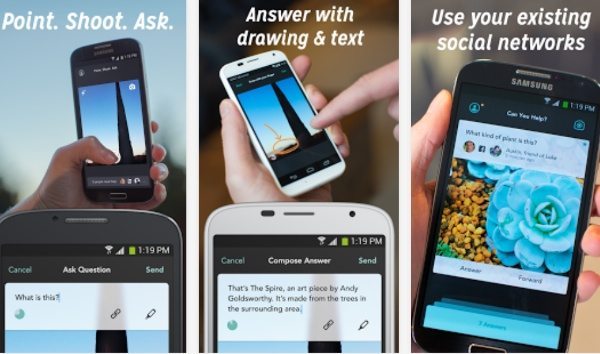 Many readers will have heard of the extremely popular app Snapchat. This is a photo messaging app that enables users to send photos to a controlled list of recipients who then have a set amount of time in which to view them. However, there’s a new app on the block called Jelly and today we’re looking at the Jelly App vs. Snapchat in brand hunting.

Snapchat released a while ago and has found a real niche in the market. Twitter co-founder Biz Stone has recently launched the Jelly app by Jelly Industries and this new social app is also generating a huge amount of interest, as it’s a form of crowd-sourcing questions for answers.

Jelly enables users to ask questions with a photo to their friends on Twitter and Facebook and get a quick response. Because of this it has been described as an Instagram of questions, which pretty much explains what it does. It’s available now on the App Store or the Google Play Store.

Recently there was some controversy surrounding Snapchat after the app was hacked and plenty of people are now trying out Jelly. The Jelly app for Android and iOS devices is free and Facebook CEO Mark Zuckerberg seems to be a big fan.

The Mail Online reported that Zuckerberg was caught out texting while driving with an image posted by a user on Jelly. That didn’t put him off though as Zuckerberg used Jelly himself to ask social media users about a spider that was seen in his shower.

Now it appears that Jelly could have a big appeal with brands as well. General Electric is one of the first brands to have used Jelly, and last week asked users about their favourite scientists. GE global manager of digital marketing Katrina Craigwell stated that the company was testing the water with Jelly and would continue trying it out for some weeks

According to Mashable, other brands also checking out the Jelly app include Travelocity, Toms Shoes and Kenneth Cole. Media brand CNBC is also reported to be testing the app. If you want to take a look at the Jelly app for iPhone, iPod touch or iPad head to iTunes here. For the Android version of the app head here.

It will be very interesting to follow the growth rate of Jelly over the next few weeks and see just how successful this new app becomes. It has certainly got people talking and in these early stages it looks as though this could become a big hit.

Do you think the Jelly app can take over from the likes of Snapchat and other popular apps of its kind? Is it likely that more and more brands will be attracted to using Jelly? Let us have your opinions by sending your comments.