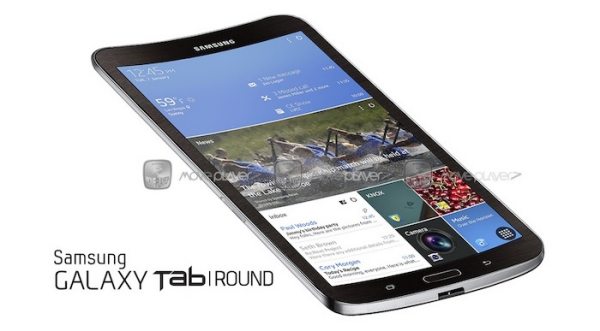 When the 5.7-inch Samsung Galaxy Round smartphone was release it came with a very high price tag, which was around $1000 in South Korea. The curved display handset can now be purchased from around $900 more, now there are rumors of a new Samsung 8.4 Galaxy Tab Round tablet.

You can pick the smartphone up now from around $900, you can purchase via the likes of Negri Electronics for $939.50 but there is a backorder. If this smartphone has a high tag you can just imagine that the Samsung 8.4 Galaxy Tab Round tablet will start the stupid price point worry.

Samsung has revealed so many products of late, these include the Galaxy Tab Pro tablets including the 12.2 Galaxy Note Pro, there were three new tablets with screen sizes of 8.4, 10.1 and 12.2-inches and now there are rumors of a new Samsung Galaxy Tab Round with a curved 8.4-inch display according to Move Player.

If the Samsung Galaxy Tab Round smartphone is fetching around $1000 you can bet your bottom dollar the 8.4 Galaxy Tab Round tablet with curved display will probably have a stupid price of $1600.

There is no official word so we will take this as a fun piece of rumored news for now, we will wait for the Korean OEM to break silence — Would you buy the Samsung 8.4 Galaxy Tab Round tablet? If so how much do you think it will sell for realistically?